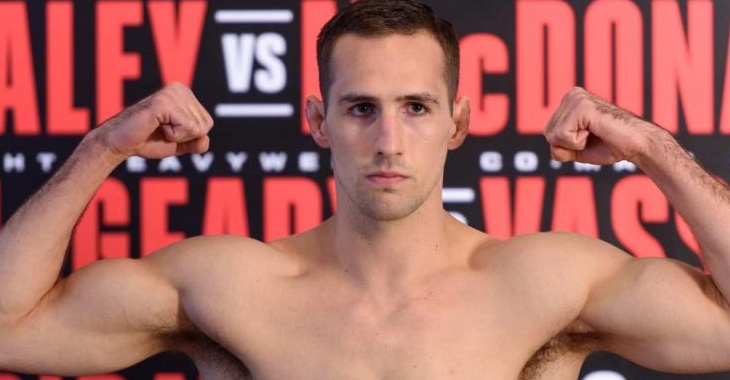 2017 has come and gone and it has left us with some truly incredible moments and some rather mindblowing stories. Heading into the new year, who knows what we can expect…there’s never a dull moment in the MMA world. What we do know for sure is that the year will be kicking things off with a bang in it’s first month so let’s take a look at the top 5 fights scheduled for January 2018!

Former two time Bellator Lightweight champion, Michael Chandler is one of the most exciting and best fighters outside of the UFC and has been ever since his incredible Fight of the Year upset victory over the then champion, Eddie Alvarez in 2011. After a surprising and debatable three-fight losing streak that followed his two title defenses in his first run as champion, Chandler would then get back on track with four straight wins that included a second title win and a defense over former UFC and WEC Lightweight champion, Benson Henderson. Chandler’s last outing came at the huge Bellator 180 event in Madison Square Garden where he dropped his title to Brent Primus due to the doctor’s stopping the fight in the first round because of how bad Primus had appeared to damage Chandler’s ankle with leg kicks.

Now we’re here and Chandler is ready to prove that the loss to Primus was a fluke, but first, he’ll have to get past the young and wildly talented Goiti Yamauchi. At only age 24, Yamauchi has put together a fantastic 22-3 record as a pro since debuting in 2010. Almost as crazy as all those fights happening in such a short amount of time…Yamauchi has eighteen of his twenty-two victories coming by way of submission(one KO/TKO, three decisions).

It’s very clear what Yamauchi’s key to success will be: let the fight hit the floor. Chandler is a fantastic wrestler and very strong for 155 lbs, but Yamauchi is just that dangerous that Chandler should be smart enough to keep things on the feet at all costs where he can work his equally skilled boxing. Chandler is never in a boring fight and this will be a huge test for the Curitiba resident, Yamauchi which is what makes it such a fun match up. Very few fighters in the UFC’s 145 lb weight class are on as quite a roll as Darren Elkins is. He’s currently riding an impressive five-fight win streak that most notably includes his absolutely miraculous comeback over Mirsad Bektic who was beating Elkins badly for almost three full rounds until late in the third Elkins was able to catch Bektic on the cage and get the knockout finish in spectacular fashion.

His opponent this time out will be the former Lightweight contender, Michael Johnson who will make his 145 lb debut after losing two crazy fights(for separate reasons) to Khabib Nurmagomedov and Justin Gaethje. Johnson is one of the fastest and cleanest strikers at Lightweight which makes it very interesting to see how his skills will translate to a lower weight class. Elkins is obviously as tough as they come and is also just one of the very best grinders in the UFC. Since his move to Team Alpha Male, he’s really started to show big improvements in his previously limited striking. This should be a very interesting fight for several reasons and one that pits to fighters seeking their first shots at UFC gold against one another. 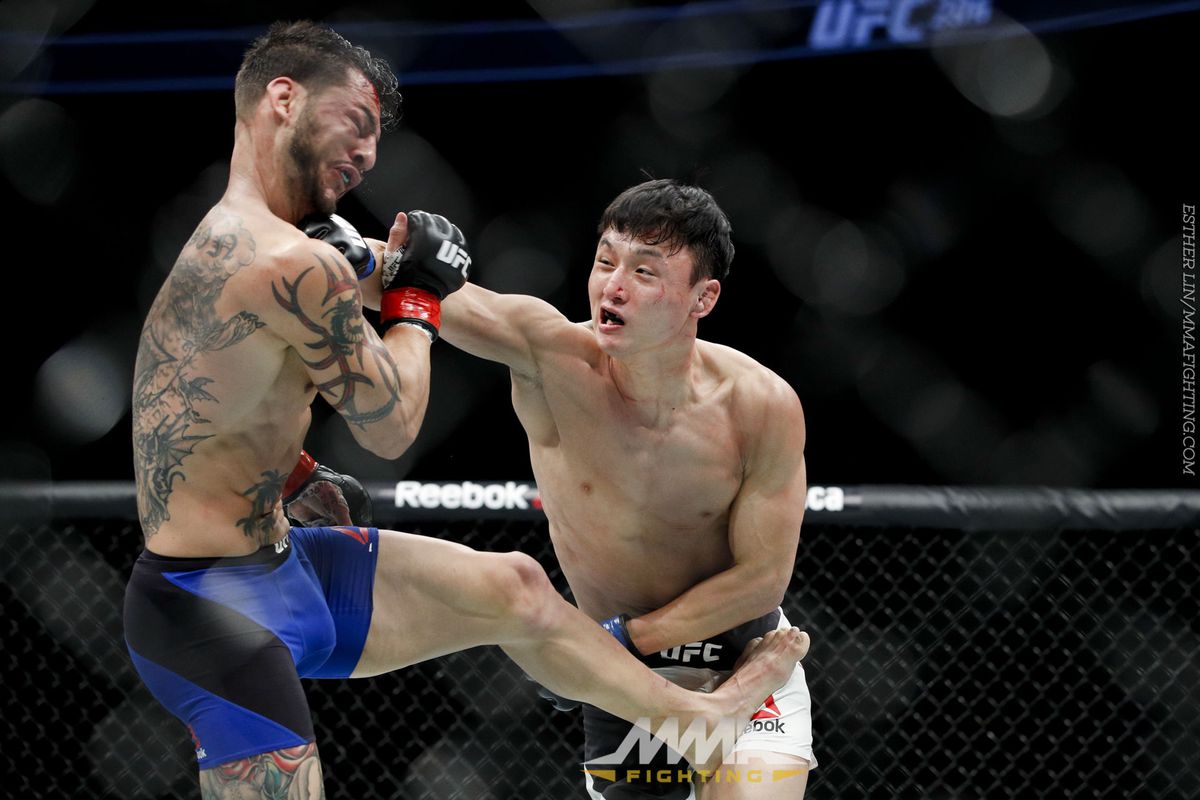 2017 was a “Korean Superboy-less” year. But no worries, after losing a decision in most viewer’s 2016 Fight of the Year to Cub Swanson, Choi is back and matched up with another opponent who can help him reach that same nomination. Jeremy “Lil Heathen” Stephens has been in his fair share of back and forth brawls and just the thought of how this fight can turn out to be is exciting. Especially with the two additional rounds added to it since it’s the main event.

Both fighters have shown to be very durable throughout their careers. Choi ate some massive shots from Swanson that would have finished many other fighters but Choi hung in their strong and survived until the final bell. Stephens has had forty fights now and only lost by knockout or TKO once. Each fighter will look to swing bombs and put on a show which should guarantee fireworks in St. Louis. 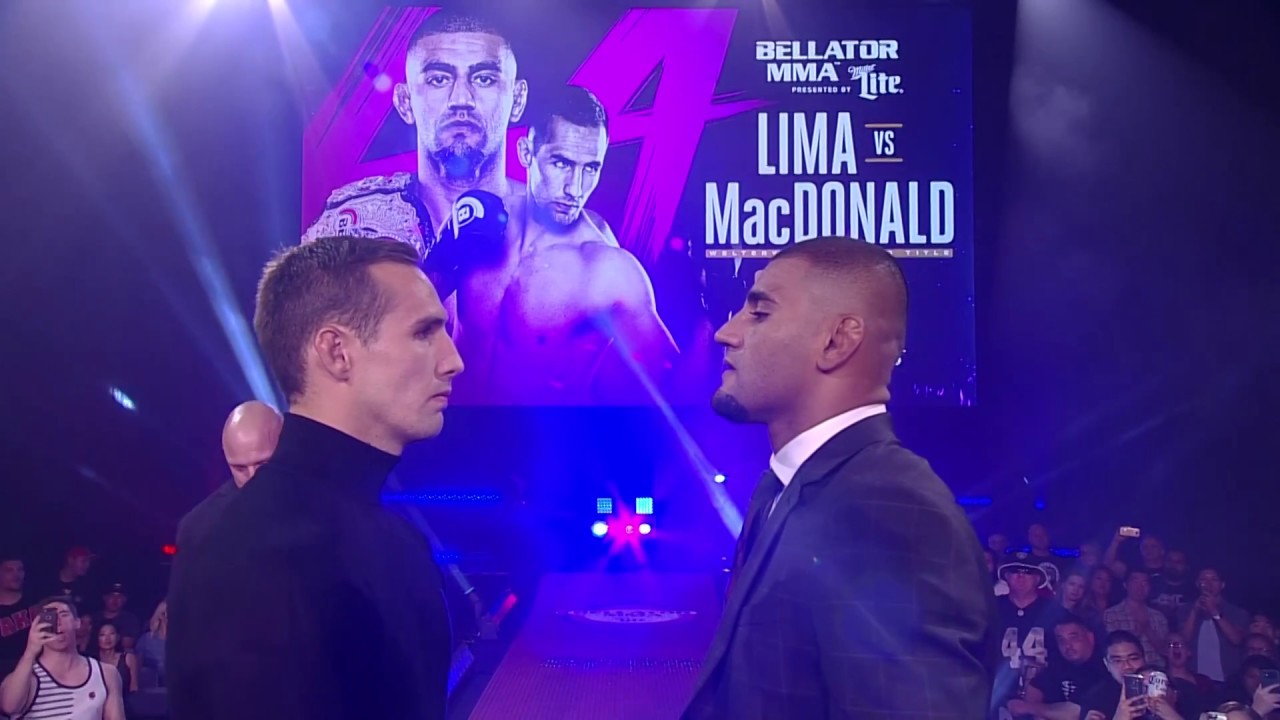 One of Bellator’s biggest acquisitions from the UFC, Rory MacDonald is set to get his shot at one of the perennial top Welterweights in their division, the two-time champion, Douglas Lima. This fight is about as good as it gets when it comes to Bellator’s all-time greatest matchups. For one, we have one of the proven and most established Welterweights over the last so many years, MacDonald who when entering right into Bellator made quick and easy work of the always dangerous Paul Daley. Lima is very established as well at 29-6 and showed just how underrated he has been despite his championship wins like when he recently defeated Lorenz Larkin in one of his best performances.

Both fighters are extremely technical and skilled in all facets of MMA. This is definitely one that any MMA fan will not want to miss.

The biggest UFC Heavyweight title fight in the history of the organization since Brock Lesnar vs Shane Carwin at UFC 116 has to be the upcoming Stipe Miocic vs Francis Ngannou bout. Francis Ngannou is simply one of a kind when it comes to absolute freaks of nature and there may never have been anyone as scary as this man has shown to be. His power and deadliness on the feet rival that of a prime Mirko Cro Cop, so much so that he’s the favorite over the dominant champion, Miocic.

The timing of this fight couldn’t be any more perfect either. This fight for Miocic will be his third attempt to defend the Heavyweight crown. Something that has never been done before, and of course, it comes against the most lethal challenger possible. The matchup itself is incredibly intriguing as is without these little factors. Miocic has shown to be the more well rounded and experienced fighter overall with his wrestling and boxing but Ngannou is just so physically imposing in every way that it may not matter that Miocic is the more skilled fighter. Which is just what makes this fight so insanely exciting.

Which fights are you most looking forward to during the month of January?