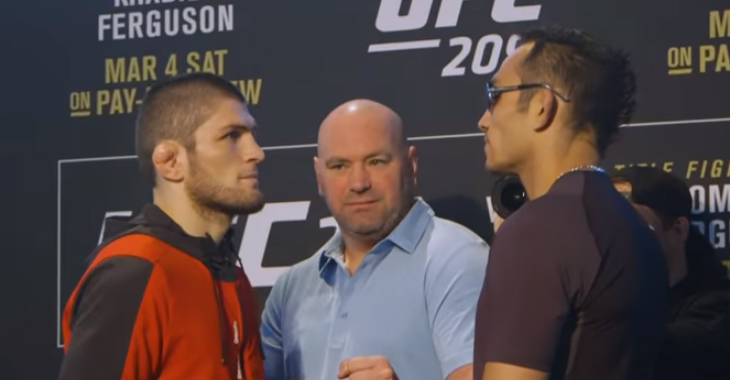 Don’t buy plane tickets. Please don’t hold your breath. Just everyone stay right where they are. We preface you with these warnings because Tony Ferguson and Khabib Nurmagomedov look like they’ve nailed down the time where they are supposed to fight each other. After hearing this, you’re either laughing, crying in your head, or praying that it actually comes together this time for UFC 217 on November 4th at Madison Square Garden.

The fight between Ferguson and Nurmagomedov is like an old ex that wants to get back together. You may really love this fight, you definitely want to give it another chance, but then you remember the pain it caused when the fight went away and how long it took to get over it. Poor Tony Ferguson, he hasn’t even been able to have another fight since November of last year when he defeated former lightweight champ Rafael dos Anjos. This hasn’t stopped him from talking trash to pretty much everyone — including Kevin Lee, Justin Gaethje and Conor McGregor — but it’s always been Khabib, baby. He’s his lobster. While the best laid plans in MMA are all laid to waste, a title fight between Tony Ferguson and Nurmagomedov at UFC 217 would come at an ideal time. Gaethje is set to fight Eddie Alvarez on December 1st for The Ultimate Fighter 26 finale, which will most likely decide the next lightweight title challenger. That is, unless McGregor comes back and throws a gorilla tattoo wrench into everything.