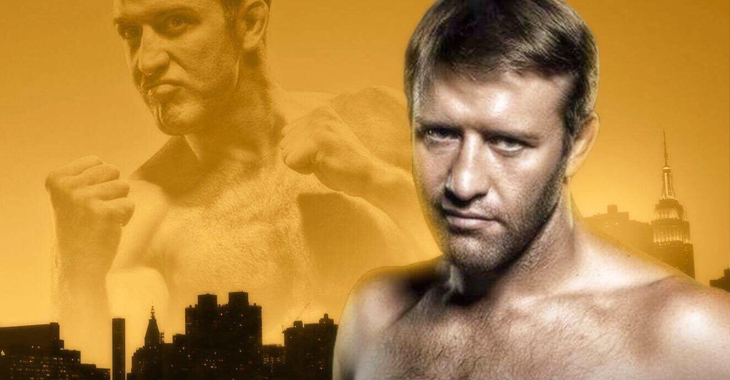 The internet screams constantly that the UFC has become the WWE. The Booking, outlandish trash talk, head-scratching title shots, and fighter antics have convinced some people that MMA on par with professional wrestling. In actuality, wrestling and MMA have been kissing cousins since the beginning. It has drawn pro wrestlers to it, as well ass pushed fighters to pro wrestling. We’re getting to the point where former UFC fighters are actually wrestling against each other. This brings us to Stephan Bonnar and Matt Riddle.

Matt Riddle has already been dropping people on their heads and kneeing wrestlers to hell in the best independent promotions for years now. After leaving the UFC, Riddle enjoyed a hard-earned meteoric rise in pro wrestling. Stephan Bonnar, on the other hand, made his pro wrestling debut with Phil Baroni as “The Real Shooters” just last month. We’re not even kidding about that, even though it sounds ridiculous. The former UFC light heavyweight fighter and half of the 2005 Fight of the Year will wrestle Riddle on the 18th at High Intensity 6 for House of Glory wrestling. Business must be good, Stephan Bonnar and Baroni are booked for a match the very next night with yet another reverse-CM Punker, Tom Lawlor.  Maybe if Brock Lesnar won’t come to Jon Jones, then Jones can just throw those elbows in the wrestling ring.