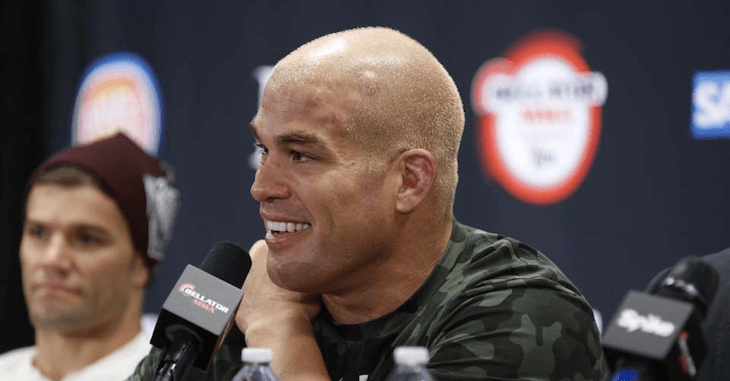 The last several weeks of 2016 certainly were interesting ones for Invicta FC featherweight champion Cris Cyborg. While the Invicta FC champ was quick to explain that the failed drug test was the result of a prescription her doctor gave her to help her recover from her brutal weight-cut leading up to her fight with Lina Lansberg in September, it is still expected that she will receive a suspension for the failed drug test.

Her former manager, Bellator MMA fighter and UFC Hall of Famer, Tito Ortiz spoke to MMAJunkie to discuss Cyborg turning down the fights, as well as her failed drug test, saying: “I told her to take the fight,” Ortiz (18-12-1 MMA, 2-1 BMMA) told MMAjunkie today during a call in support of his Spike-televised headliner against Chael Sonnen (28-14-1 MMA, 0-0 BMMA) at Bellator 170. “She said, ‘Tito, I’ve been working really, really hard for the last three years. I’ve been cutting a lot of weight. I want to enjoy Christmas time. I want to go on vacation,’ and I understood that. Personally, I understood that.”

In regards to her failed drug test, Ortiz said:

“The situation she’s going through right now, from what I’ve heard through her attorney and what I’ve heard from her, it was strictly from her doctor,” Ortiz said. “So I have no input on that at all. I don’t know. I’m not going to make any statements at all about it, because I know zero about it.”