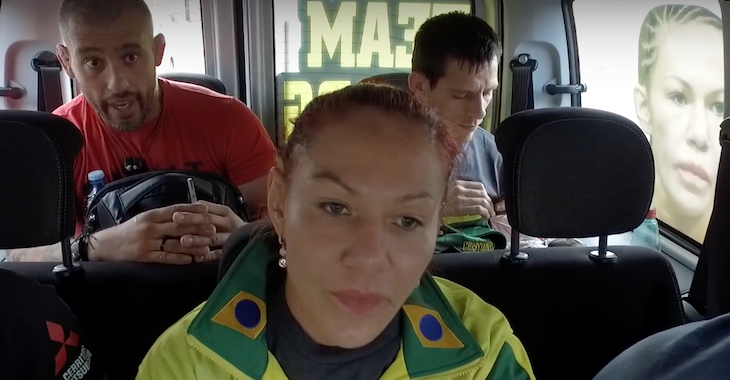 Thursday morning the MMA community woke up to news that Invicta FC women’s featherweight champion Cris Cyborg had failed a USADA drug test earlier this month. The UFC was notified of the drug testing failure and released a statement of their own.

While Cyborg’s team maintained radio silence on the matter immediately, the WMMA vet has now released a statement of her own through Facebook: I have been notified today by USADA of a potential violation stemming from an Out of Competition Sample collected Dec. 5 2016.

USADA is an independent administrator of the UFC Anti Doping policy and will be responsible for the review and any sanctioning if imposed.

It has been brought to my attention that my recent sample contained a banned substance known as Spironolactone. The substance is part of a therapeutic treatment being administered to me by doctor that started the 26th of September and is suppose to last for a period of no less than 90 days, requiring blood exams at the completion. In addition to the treatment administered to me by Dr Ulyssea M Da C O Pinto (CRM-PR19062/CRM-RJ 30150-9/CRM SC 2740/ CRM -RO 2630) I was given a medical suspension by her not to enter into competition style training or weight cutting practices during the period of recovery. It is for those reasons why I declined the UFC fight Feb. 11th 2016 for the first 145lbs belt.

I am proud to be a member of USADA, and was the first fighter to complete 1 year of testing under USADA programs before competing in UFC competition.

I have been tested 14 times since entering the program, twice in Q4 in 2016 and have never had a flagged sample.

My Dr. is experienced with USADA testing and informed me there were no additional steps needed for approval with the associated treatments given to me following my UFC Brasilia fight.

we are being fully cooperating with USADA at this time and have already started the process of applying for a retroactive therapeutic use exemption.

For my fans who are disappointed in the news, I am sorry.

It is my hope that my experiences will continue to bring awareness to the dangers of extreme weight cutting. I cut weight 3 times in 8 months during 2016 competing twice at 140lbs. It is because of the measures needed to make the required 140lbs weight limit Sept 24 that my body is needing the on-going medical treatment.

I am glad the UFC has created the 145lbs division and look forward to fighting for the belt once my body is recovered and ready to compete. Additional information or statements will be provided at the appropriate time as the process moves forward.