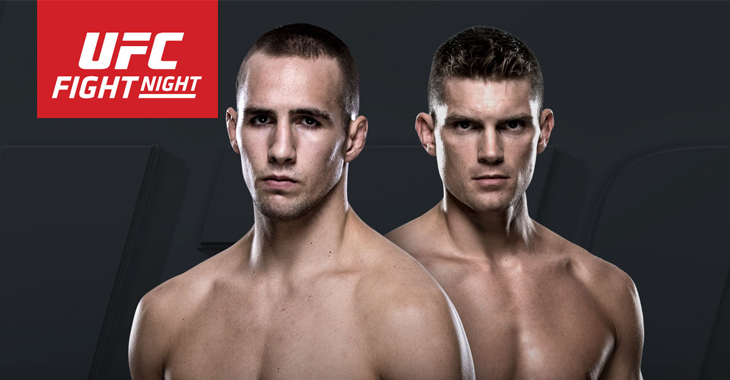 Stephen “Wonderboy” Thompson is not happy that his next fight isn’t for the welterweight title.

This fight will likely determine the next in line to fight for the welterweight title. Thompson, however, feels he already should be fighting for the belt.

“I was a little disappointed that I didn’t get the title shot,” Thompson told Submission Radio (transcribed by FOX Sports). “Just because I finished the former welterweight champion and a guy that went five rounds with Georges St-Pierre — which is controversial — ten rounds with the champion now. And even though Robbie won the last one, it was still controversial,” Thompson said. “So I see it as me beating the welterweight champion. And the fact that Rory just fought him for the title in July … It’s almost like they’re giving away a second shot for the title. But yeah, man, sometimes that happens.”

Thompson and MacDonald have spent time training together, which Thompson feels is an advantage knowing MacDonald’s habits.

“I know [MacDonald is] kind of one-dimensional when it comes to the striking. He keeps his left side forward, he loves to walk his way in to throw his jab. And then once he sets down, he likes to throw combinations. Right after that combination, he shoots for the leg. So I’m gonna be prepared for that, staying on my toes, working angles. He may come out with a different strategy, maybe just bum rush me to the cage or try to get me to the ground quick.”

However, with knowing MacDonalds habits, “Wonderboy” says that he will have to watch for new things that Rory has added to his arsenal.

“That’s the thing about those guys, about Rory. He evolves. He gets better and he comes in with different tricks. So we’re going to see what happens, man. And that’s why I’m excited just to see what he’s bringing to the table and how I’m gonna react to that. But wherever the fight goes, I’m gonna be prepared for it. If a knockout happens, it happens. If it doesn’t, I’m going all five minute rounds, baby.”

Who are picking to win this exciting welterweight matchup? Share your pick with us in the comment section!