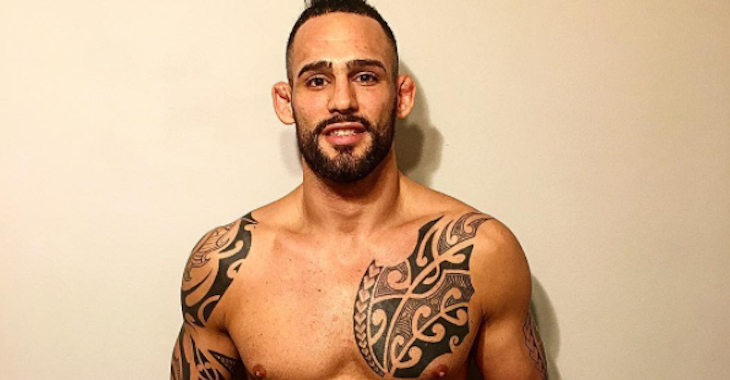 Last night, in the main event of the UFC’s anticipated return to Glasgow, Scotland, Santiago Ponzinibbio scored an upset, knockout win over the highly regard Gunnar Nelson in just 82 seconds. Unfortunately, Ponzinibbio’s win was not without controversy, as he appeared to badly eye-poke Nelson just moments before the fight-ending blows were landed.

Nelson gave his take on the alleged eye-poke at the event’s post-fight press conference:

“I should have stopped it then and I’m not saying, like, he did a good job and maybe it would have happened anyway,” he continued. “Maybe my reflexes just wouldn’t have been enough to move away from the punch, but this is how I felt, like, I’m kind of kicking myself in the head for not just stopping the fight and being greedy, because I caught him and I thought he was on the run.”

“I should have just stopped the fight, recovered my eye, and carried on from there,” he said. “But I didn’t, and here we are now. You win or you learn, and I’ll definitely learn from this.”

According to the victorious Santiago Ponzinibbio, who spoke to MMAFighting.com post-fight, Nelson’s complaints in this regard are pretty much unwarranted.

“I went there to knock him out and thank God it went as expected, I won by knockout,” Ponzinibbio said. “If (the eye poke) happened, of course it wasn’t intentional, but I watched the video again and didn’t see it. I don’t know. But it was a knockout with the right hand that I landed on him. The right hand hurt him and I finished with a precise jab.”

It doesn’t take anything away from the win,” he continued. “What he says doesn’t change anything. There’s a referee inside the Octagon looking at it, and he can stop the fight any time he wants. The No. 8 in the world lasted 82 seconds. He’s 28, he’s versatile, a great athlete, one of the best in the division, has a bright future in the UFC, will be at the top, but it was an excellent win. (He) lasted 82 seconds.

“I was well trained, the distance, connected heavy hands. I don’t think it takes anything away from the win. He can say whatever he wants. A beautiful knockout for my career, another one in the first round. It’s my fourth first-round knockout (in the UFC). I’m happy.

Do you feel that Santiago Ponzinibbio’s win was due in part to an accidental eye-poke? Join the conversation in the comments section!