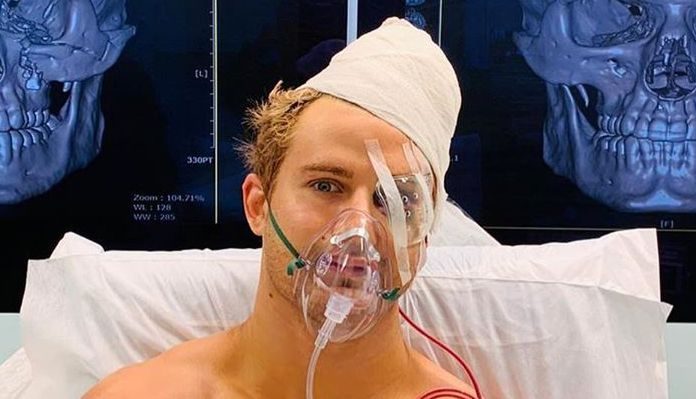 Friday morning was a rough one for former UFC fighter Sage Northcutt.

In his promotional debut, the popular middleweight was brutally knocked out at ONE Championship: Enter The Dragon. Facing off against Cosmo Alexandre, Northcutt ate a vicious punch just seconds into the fight.

A follow-up shot was all the referee needed to see in order to call off the fight just thirty-three seconds into Round 1.

Northcutt, 23, was riding a three-fight win streak prior to signing with ONE.

Saturday night, Northcutt issued a statement via Instagram, with an image showing him sitting in a hospital bed. Northcutt stated he underwent a nine-hour surgery to fix eight different fractures.

Sage Northcutt’s entire statement can be read below:

“Fresh out of surgery…I had 8 fractures and a nine hour intense operation. Feeling blessed for the amazing care and all the support from @onechampionship, my family/friends and fans! My Terminator face is not too Shabby.. 💀“I’ll be back!” Next post is catheter removal😳…stay tuned-JK 😎” – Sage Northcutt