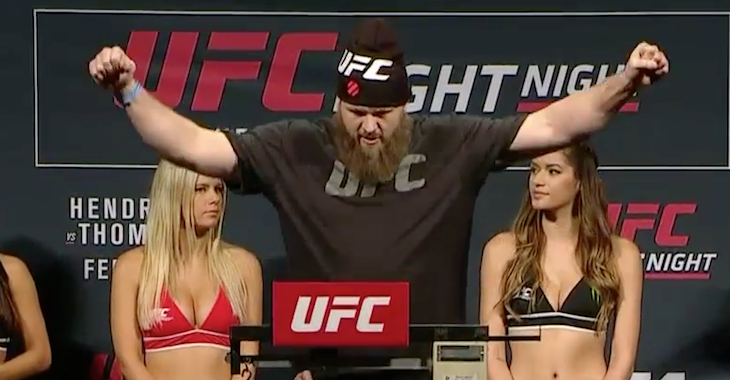 Roy Nelson was not happy with referee John McCarthy following his knockout win over Antonio Silva.

Nelson thought that McCarthy should have stopped the contest sooner and gave him a kick in the butt out of frustration.

ICYMI: here is the moment Roy Nelson "touched" John McCarthy after the fight (via @UFCONFOX) https://t.co/hFX4f683Ai

Do you think Roy Nelson will be suspended for his actions? Sound off PENN Nation!