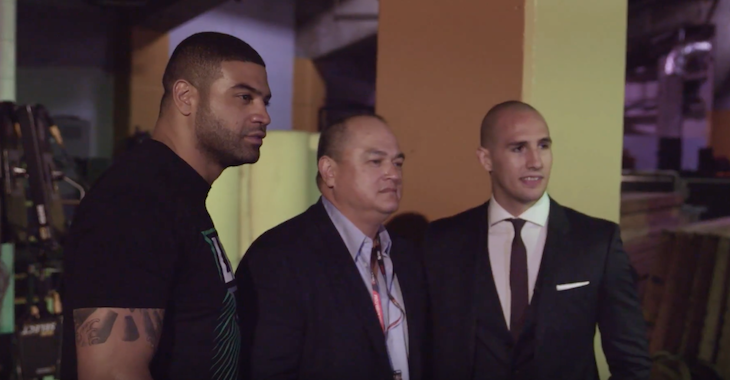 Newly signed Bellator welterweight Rory MacDonald seems to be a glutton for punishment. After two brutal wars with ‘Ruthless’ Robbie Lawler, you would think that Rory would have some trepidation over another dogfight.

But of course none of that matters to MacDonald, who took to Twitter on Wednesday to request a no holds barred fight in Bellator, one with no judges or weight classes or any regard for safety whatsoever.

denver colorado commision was gangster, if they still r im down, anyone on the @BellatorMMA roster up 2 it MacDonald’s tweets harken back to the ‘bad old days’ of MMA, when mismatches were par for the course and time limits or weight classes were wholly unconsidered. The rules back them allowed for all kinds of ultraviolence – from groin attacks to stomps and kicks to the head of a downed opponent, things Rory MacDonald say “are what real fights are made of.”

i just think the oldschool guys who foughf under those rules r so awesome and have so much respect for them, the early an brutal days of mma

head butts, knees and kicks 2 the head on the ground, hair pulling, groin attacks, bitting and eyeball attacks is what real fights r made of The former UFC welterweight title contender is still awaiting an opponent after signing with rival promotion Bellator last week. If the 27-year-old’s tweets are any indication, he may have difficulty finding an opponent who is willing to fight like it’s 1993 again.

MacDonald (18-4) went 3-2 in his last five UFC fights and with one of those wins over current welterweight champion Tyron Woodley. Prior to signing with Bellator, Rory dropped a decision to surging contender Stephen ‘Wonderboy’ Thompson.

How do you feel about the current rules and regulations that define MMA today? Do you prefer a more purist approach with less rules like Rory MacDonald? Or are you in support of time limits and the banning of certain strikes? Sound off, PENN Nation!