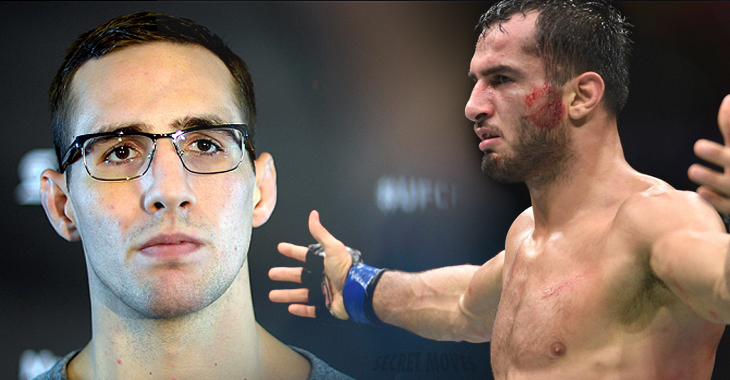 Former UFC welterweight title challenger Rory MacDonald and former Strikeforce light heavyweight champ Gegard Mousasi stand out as two of the best fighters currently competing under the Bellator MMA banner. Given that they’re now fighting just a weight class apart, there has ample discussion surrounding a potential fight between them.

Speaking on Monday’s edition of The MMA Hour, Mousasi gave his thoughts on MacDonald, and on a potential super-fight with him. Apparently, that’s a discussion that can wait for now.

“Rory MacDonald can get it himself,” Mousasi said (h/t Alexander K. Lee of MMAFighting.com). “Let him win his fight [with Bellator welterweight champ Douglas Lima] and then let him talk. He shouldn’t talk, he’s an idiot. He looks like a mass murderer. He should shut his mouth.”

Mousasi also addressed MacDonald’s claim that he should have lost his Bellator debut, a close fight with former champ Alexander Shlemenko.

shlemenko won that fight clearly, shame he didnt get it officially on the decision

Understandably, this comment didn’t go over well with Mousasi:

“He’s a weird guy,” he said. “Let him talk. Let him win his fights. He has his own bad performances, so he shouldn’t talk about me.”

“He’s a Canadian, I thought Canadians were more polite with that,” Mousasi continued. “He looks weird. Let him change his face before he talks.”

For now, Mousasi says his focus on the Bellator middleweight title, which will be contested at Bellator 190 in Florence, Italy on December 9, when champ Rafael Carvalho will attempt to defend his title against challenger Alessio Sakara.

“I’m going to watch the fight,” Mousasi said. “I’m going to take some time off, and whoever is next, whenever they give me the fight, I’m not in any hurry.”

Would you be interested in a fight between Gegard Mousasi and Rory MacDonald, or would you prefer to see the two fighters stick to their respective divisions?