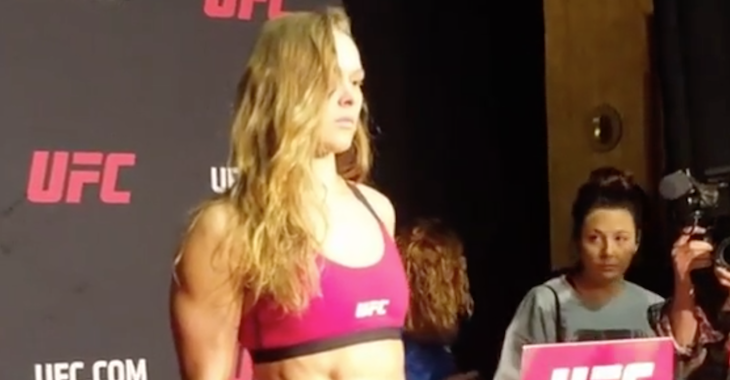 On Friday night, MMA nutritionist Mike Dolce watched his star client get thrashed in a mere 48 seconds. We’re talking, of course, about Ronda Rousey, who was dominated by women’s bantamweight champion Amanda Nunes in her long-awaited comeback fight. The beatdown occurred in the main event of UFC 207.

Given that the once dominant Rousey is now 0-2 in her last two fights, losing both by knockout, there is widespread doubt that she’ll ever compete in the Octagon again. You might suspect that Dolce, a long-time part of Rousey’s team, could shed some light on the possibility of her fighting again. When asked to do so on the latest episode of The MMA Hour, however, he explained that he’s as unsure as anyone. In his opinion, you may as well flip a coin.

Dolce went on to explain that, whatever Rousey decides, we shouldn’t expect her to make a decision any time soon. This could take some time.

“I think it’s gonna take some time,” Dolce said. “I don’t think she truly knows right now. As any good athlete, she should take her time to really think about it.”

Do you think it’s possible that Rousey takes another fight in the UFC, or will she opt to hang up the gloves like her own mother wants her to? Let us know what you think in the comments section. Sound off, PENN Nation!