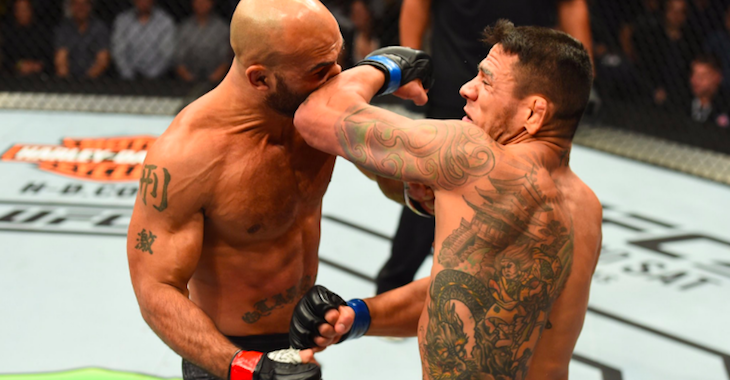 On Saturday night, the UFC touched down in snowy Winnipeg, Manitoba, Canada with UFC on Fox 26. In the card’s exciting main event, former lightweight champion Rafael dos Anjos asserted himself as one of the welterweight division’s top contenders, defeating former titleholder Robbie Lawler with a dominant, unanimous decision win.

Relive some of the highlights of Rafael dos Anjos’ masterful defeat of Robbie Lawler in the clips below!

With his massive win at UFC on Fox 26, Rafael dos Anjos rocketed to 3-0 in the perilous UFC welterweight division, having defeated Tarec Saffiedine, Neil Magny and now, Lawler since heading north from the lightweight division. He’s now 28-9 overall, and could well be the next challenger for UFC welterweight champ Tyron Woodley – though Colby Covington seems to have other ideas.

Lawler, meanwhile is now 28-12 overall. He returns to the loss column after a close July win over Donald “Cowboy” Cerrone.

What did you think of Rafael dos Anjos big win at UFC on Fox 26?