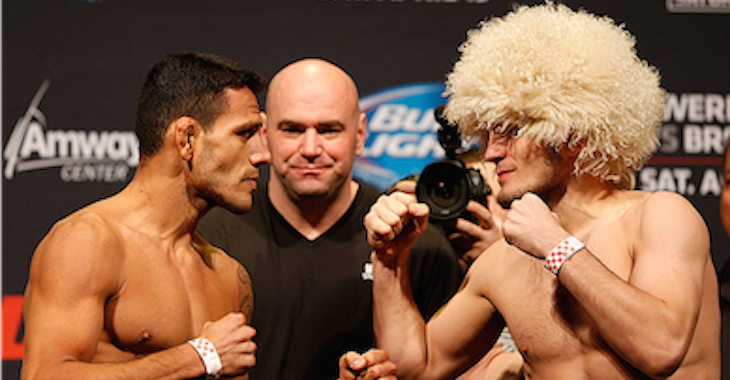 Late Tuesday evening, news broke that Tony Ferguson was injured and would no longer be able to fight Khabib Nurmagomedov at UFC on FOX 19 on April 16th in Tampa Florida.

While it didn’t take long for fan favorite fighter Donald ‘Cowboy’ Cerrone to offer to fill-in on short notice to fight Khabib, UFC lightweight champion Rafael dos Anjos is now offering to fight Khabib in order to attempt to avenge his 2014 loss to ‘The Eagle’.

@RdosAnjosMMA I believe it was clear to everyone last time. Or "Fake champ" title still torturing you? pic.twitter.com/Xex1N5evba

Pettis, Cowboy, RDA or somebody, anyone and any weight. 16 April I'm waiting for you guys. @danawhite @lorenzofertitta #InshaAllahVictory