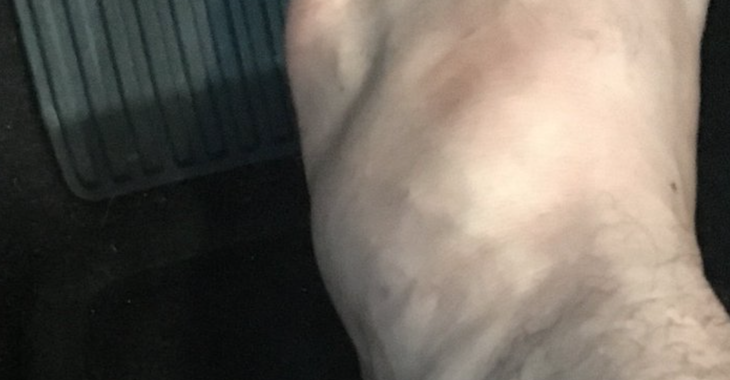 Tuesday morning the MMA world awoke to news that UFC lightweight champion Rafael dos Anjos had broken his foot and would no longer be able to fight Conor McGregor in the main event of UFC 196.

Ultimately the UFC selected Nate Diaz as a replacement for dos Anjos, and the bout was moved from lightweight to welterweight.

While dos Anjos has since shared photos of his broken foot on social media for the doubters, Kings MMA head coach Rafael Cordeiro spoke to MMAFighting to elaborate on the injury that occurred:

“Unfortunately, an injury happened in his last training Friday. We were sparring, and Rafael threw a kick at the knee of the kid that was training with him. He immediately stopped kicking, put his foot on the ground, and felt a little pain. He put some ice, and couldn’t walk normally.

“He put more ice during the weekend to see if he would be able to train on Monday. On Monday, he contacted the UFC and said what happened. He asked to visit the UFC’s doctor, and they showed the fracture.”

In regards to how long until dos Anjos is able to fight again, Cordeiro said:

“It will take at least three weeks until he’s able to train again, and then we will know when he will be able to fight again, so we can reschedule the fight without any problem”