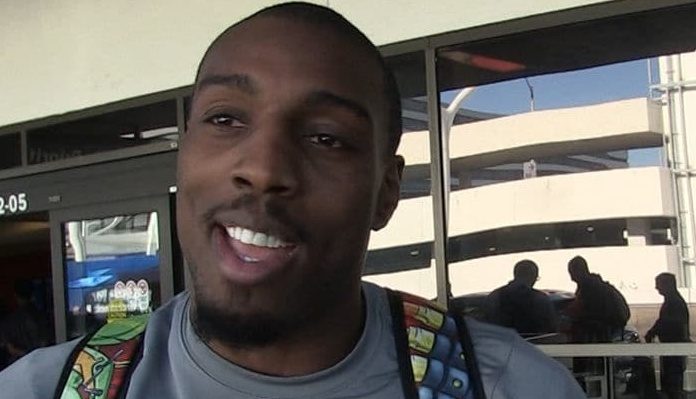 When it comes to some of Bellator’s best acquisitions over the past few years, none get much better than UFC veteran, Phil ‘Mr. Wonderful’ Davis.

Since entering Bellator in 2015, Davis has gone 5-1 adding a championship belt along the way.

Speaking of champions, one of Davis’ all-time favorites is one of the best to ever do it, especially in his division of light heavyweight, Chuck Liddell.

Liddell recently announced that he would be coming out of his eight-year retirement to fight once again. His opponent is unknown at the moment but it’s expected to end up being rival and fellow legend, Tito Ortiz. What organization the fight would be for remains to be determined.

When speaking on BJ Penn Radio recently, Davis shared his feelings of fear for ‘The Iceman’.

As far as his own fighting career goes, Davis would like to get back his title from the only man to beat him in the last four years, Ryan Bader. Unfortunately for Davis, Bader is currently competing in the Bellator heavyweight title Grand Prix and could be tied up with that for quite some time depending on how things play out.

“It’s weird because [Bader] is in this tournament,” Davis said, “and we don’t know where this tournament is gonna go. It can go a number of ways. He can win his next fight, which puts him further out of the possibility for a third fight [with me]. He could lose this next fight and become injured. He can win the heavyweight title and say, ‘I don’t know, maybe I wanna do light heavy.’ Maybe he’ll say, ‘Yeah, I’ll do a little light heavy’.”

When asked whether or not he’s thought about moving up to heavyweight himself, Davis found the thought interesting but hasn’t really considered it at this current point in his career.

“No, heavyweight is interesting. I like heavyweight, but I’m not ready to be a heavyweight fighter as of right now. That may be something I do further down the road.”

Davis will be competing tomorrow night at Bellator 200 in London, England when he takes on Linton Vassell.