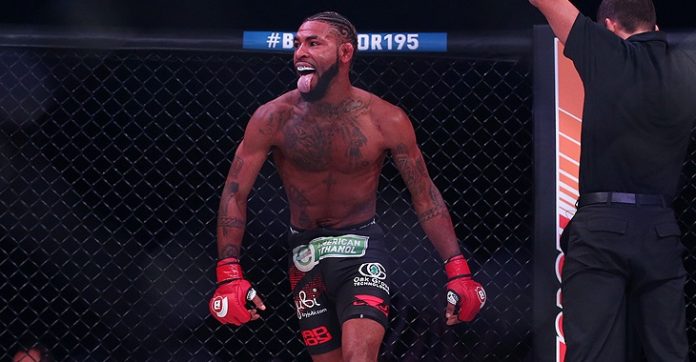 It truly is the super fight season! And Bellator champs are starting to get that itch as well. First things first, the most notable super fight on the horizon is the light heavyweight and heavyweight clash of UFC champions, Daniel Cormier and Stipe Miocic. Then we have the super fight with some serious history on the line… March 24th, ONE: Iron Will is headlined by their longtime reigning bantamweight champion, Bibiano Fernandes as he tries to defend against the man looking to become a three-division champion… Yeah…that’s right, THREE.

Fernandes defends against ONE’s first dual weight champion(recently they crowned a second) of the featherweight and lightweight divisions, Martin Nguyen.

And that might not even be it! Despite Amanda Nunes getting her next defense booked for UFC 224 against Raquel Pennington, she could still move up to challenge featherweight queen, Cris Cyborg sometime this year. Same goes for UFC bantamweight title wearer, TJ Dillashaw and flyweight ruler, Demetrious Johnson. Every champ is looking for a super fight these days.

Meaning it may be Bellator’s turn.

Fresh off his quick and impressive first title defense, bantamweight champion, Darrion Caldwell really got the interest started right after the fight as he began to jaw with his opponent, Leandro Higo’s corner in his post-fight interview with Chael Sonnen. It just so happens to be that Higo is cornered by the Bellator staples, the Pitbull brothers. One of which being 145-pound champ, Patricio.

"I'm lining the Pitbull brothers up!"

Bellator’s official Twitter account tweeted out the interview snippet which led to initial responses before a full back and forth ensued:

Too much for me 😂😂You just a little guy! I will make you eat your words!!!

Google translate can't help you with this ass whoopin

You really are dumb as a rock. Which is expected. I need to put some sense back into you!

We fight right? 🖕🏾the armpit brothers and your grammar lesson. You not even kennel trained. You already signed to fight another fight be honest with yaself! You don't want this work👑🐺

True! Animal abuse is no good for the organization. Handle what you gotta handle. Just know I will get my hands on you! 👑🐺

Pitbull hasn’t fought since he won the title for his second time by defeating Daniel Straus in their fourth encounter. He was supposed to take on Daniel Weichel in a rematch from November of 2015 at Bellator 188 in November but was forced out with a knee injury. Looks like Weichel may have to wait now that Bellator could have a huge cross-divisional bout sitting right in front of them…

Would you like to see this fight? Who would win?