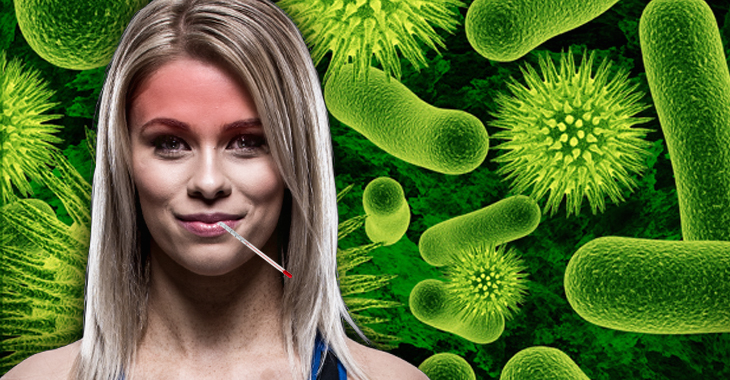 Poor, Paige VanZant. Her life has been a series of literal ups-and-downs lately. First, she moved up in weight and was feeling like a brand new warrior woman, ready to impress in UFC’s new flyweight division. However, just yesterday she had to drop out of her upcoming fight with Jessica Eye due to a back injury. Turns out, it actually wasn’t that simple. Evidently, VanZant got checked out and discovered her body was like a minefield that just went off. Check out all the stuff that’s going on with PVZ right now.

Her back is painful, she probably can barely hear out of both ears, a sinus infection affecting her breathing, her eyes are messed up and she has itchy ringworm? Wow, this will certainly make a good chapter in her upcoming memoir. Hopefully, Paige VanZant can enjoy a fast recovery and go on to make her debut in 100% health. Right now though, it’s nothing but rest and chicken soup.

No word on if they are finding a replacement for Eye, or just waiting on VanZant to feel better. What is for sure, is that a big influx of talent will be pouring into the new 125lb women’s division after The Ultimate Fighter 26. UFC 216 goes down on October 7th in Las Vegas and is headlined by Kevin Lee and Tony Ferguson fighting for the interim UFC lightweight title.