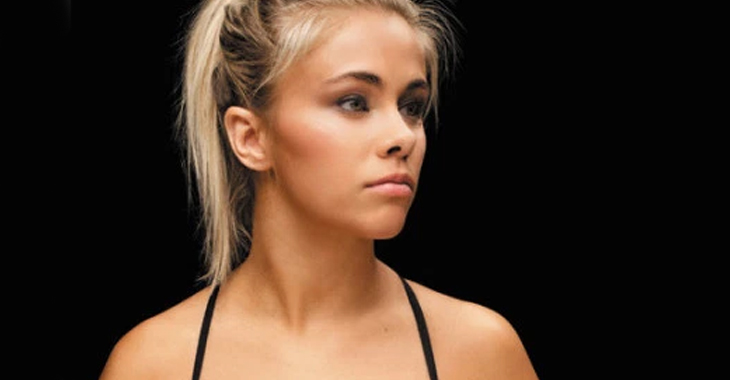 The latest news about Paige VanZant isn’t just that the strawweight will be moving up into the new flyweight division at UFC 216. Back in January, VanZant announced she had a new book deal in development and it looks like it has all came together. Rise: Surviving the Fight of My Life, is the title of the UFC fighter’s new book she wrote for ‘all those who got knocked down and came up swinging’. It’s an autobiography that will document her struggles long before she was signed to the UFC. “I’m so happy to share the jacket for my book, RISE, which will be coming out next April.
I can’t wait for you all to read it! You can read more and preorder now at bit.ly/risevanzant.
Link in bio!” – From Paige VanZant’s official Instagram.

Paige VanZant will fight Jessica Eye on October 7th at UFC 216 for her flyweight debut, while her book will drop on April 10th 2018. Below is the official description of the book put out by Hatchet Book Group, who have released books by Sen. Al Franken, Stephenie Meyer, and Joel Olsteen.

“Paige VanZant is a rising Mixed Martial Arts star in the UFC’s women’s strawweight division and holds a reputation for her ability to defeat obstacles and brutal fights in and out of the octagon. Long before she was a fighting champion and household name winning over fans on Dancing with the Stars with her beauty, strength, and infectiously bold personality, Paige struggled with her self-esteem.

On “Dancing with the Stars”, Paige won hearts when she opened up for the first time about being bullied but there is so much more that she hasn’t shared until now. The journey that brought Paige to the UFC is a stunning story of overcoming tragedy and finding the strength and skills to defend oneself in the face of evil. Within the pages of Rise is a girl who was so severely bullied in highschool she had garbage thrown on her, so tortured she had to move hometowns. She sought refuge but nothing worked until one day, feeling spiritually broken and emotionally shattered, she visited her dad at his gym, and everything changed: she decided to fight back. She became Paige VanZant, a bone-breaking, head-smashing competitor and world renowned fighter.

Rise is the moving and inspiring journey of a woman who is not only one of the toughest fighters in the world, but also a beloved symbol of strength.” – The official description of Paige VanZant’s book.