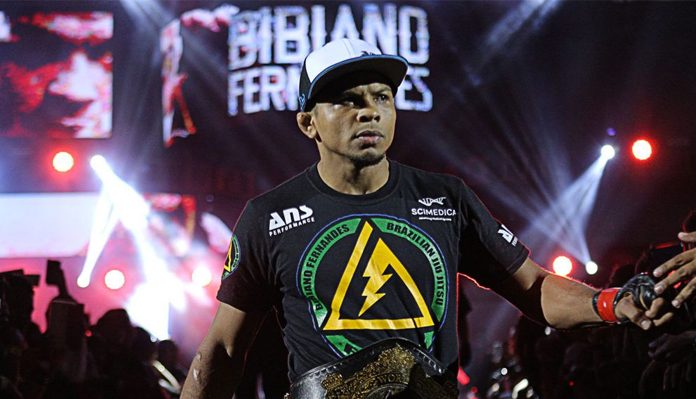 Brazilian grappling dynamo and reigning ONE bantamweight world champion Bibiano “The Flash” Fernandes is easily one of the best to ever set foot inside a ONE Championship cage or ring.

Win or lose, it’s hard to argue that Fernandes is already the most dominant world champion in ONE Championship history, and here are a few reasons why:

Even before coming over to ONE Championship, Fernandes was already a highly-experienced competitor with an impressive resume. He had already faced the likes of Urijah Faber, the late-great Norifumi “Kid” Yamamoto, Masakazu Imanari, and Joachim “Hellboy” Hansen.

When he finally planted his flag on ONE Championship, he went on to face the likes of Soo Chul Kim, Kevin Belingon, Andrew Leone, Reece McLaren, and Martin Nguyen. 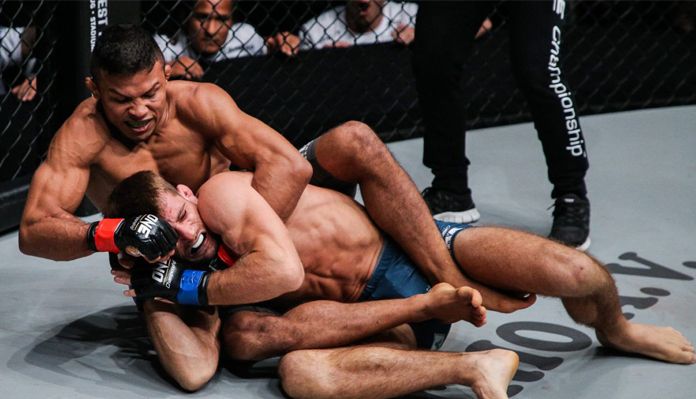 It took Fernandes only two contests to become a champion in ONE.

After winning his debut against Gustavo Falciroli in 2012, Fernandes’ next bout was for the ONE interim bantamweight world championship, defeating Koetsu Okazaki.

Fernandes has been a champion in ONE since May of 2013. Since then, he’s run through every single challenger that has been put in front of him.

At ONE: HEART OF THE LION on November 9, Belingon will try his luck once more and look to end Fernandes’ historic title reign.

Posted by ONE Championship on Monday, October 29, 2018

In ONE Championship’s seven-year history, a handful of stars have captured and relinquished ONE world championship gold.

Fernandes however, is one of the very select few who has yet to lose his title.

Fernandes has simply become a constant as ONE Championship’s bantamweight king.

No doubt, Fernandes is a world-class mixed martial artist and champion.

Fernandes is a martial artist in every sense of the word.

Come ONE: HEART OF THE LION, whatever the result may be in his bout against Belingon, Fernandes has already established his place in ONE history.

More importantly, “The Flash” has already cemented his legacy as ONE Championship’s most dominant world champion in history.