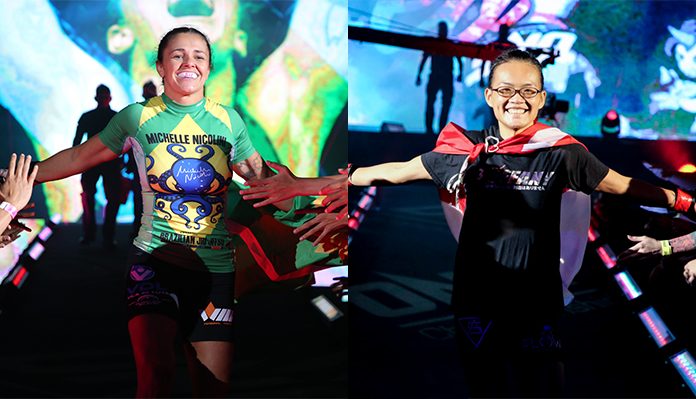 Singapore’s Tiffany ‘No Chill’ Teo (7-1) makes her highly-anticipated return to action on Friday, November 9 at ONE: HEART OF THE LION. Teo will face off against Brazilian jiu-jitsu legend Michelle Nicolini in a strawweight bout that could have significant title implications going forward.

Both women are without question two of the best athletes competing in ONE Championship’s women’s strawweight division. A victory for either Teo or Nicolini would go a long way in helping the winner build their case for a future crack at the title.

Teo’s most recent appearance was back in January at ONE: KINGS OF COURAGE, where she fell to eventual champion ‘The Panda’ Xiong Jing Nan in the inaugural ONE women’s strawweight world title bout.

It was a gutsy performance from the Singaporean, who refused to take a backward step against the hard-hitting Chinese athlete.

The bout was called in Xiong’s favor after being waved off in the fourth round by referee Olivier Coste, but the heart that Teo showed that night is a memory that will live on in the minds of those who witnessed the encounter.

“I still knew what I was doing, and I was still aware of what was going on around me, so I just kept going. I felt like there was still a chance for me to win even though I was on the lower end of the scorecards,” Teo said in a recent interview with ONE. 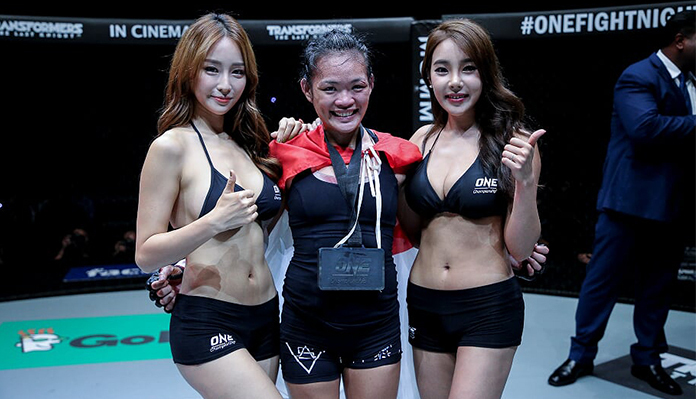 Following the loss, Teo’s team advised the 28-year-old to take a moment to pause and regroup before leaping straight back into competition.

The extended break gave her body time to heal and recover as well allowing her to “level-up” her already formidable abilities.

“I feel like I’ve recovered well and even before I knew that this match [with Nicolini] was coming, I started training a little bit more and focusing more on jiu-jitsu.”

Teo and her team have been wise in deciding to work on No Chill’s ground game. Nicolini is one of the most decorated submission experts currently competing under the ONE banner.

An eight-time BJJ world champion, the 36-year-old has “been there, done that and bought the t-shirt“ when it comes to the world of competitive grappling.

Always looking for a way to challenge herself Nicolini made her professional mixed martial arts debut in 2001. 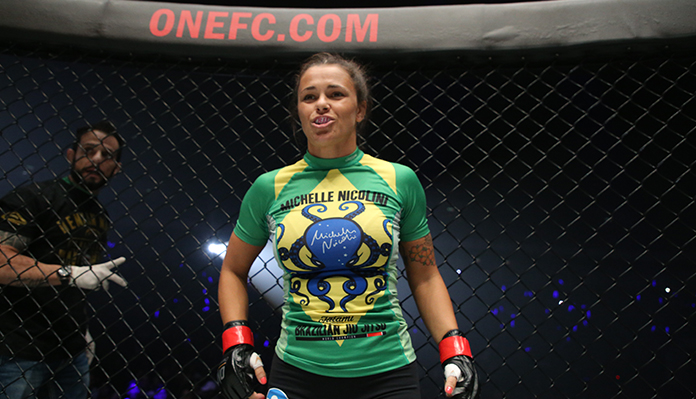 In 2016 she made her first appearance inside the ONE cage and so far she has yet to taste defeat when competing in the world’s largest martial arts organization.

Nicolini has made it clear that she would like to add the title of “ONE women’s strawweight champion” to her already impressively credentialed martial arts resume.

“I am hoping to compete for the title soon,” Nicolini said in March following her win over Iryna Kyselova at ONE: VISIONS OF VICTORY.

“Whenever ONE decides, I will be ready to compete for it. Xiong Jing Nan just got the belt [last January], and that is what I want more than anything.”

For the immediate future, the focus for each athlete will remain squarely on their upcoming opponent.

Teo’s Muay Thai based stand-up game is more than capable of causing problems for Nicolini, just as the Brazilian’s grappling skills offer an equally difficult challenge to Teo.

However it unfolds, fans will be in for quite a show when the cage doors close.