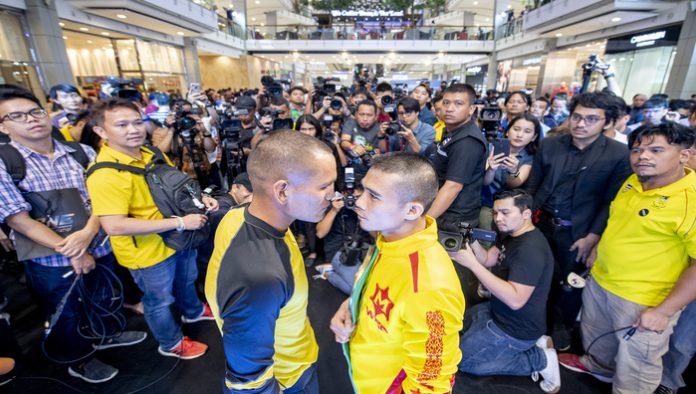 On Saturday, 6 October, ONE Championship heads back to the Impact Arena in Bangkok, Thailand for what figures to be an eventful and diverse show of martial arts. WBC Super Flyweight champion and Thai legend Srisaket Sor Rungvisai will make his promotional debut as he defends his title against Iran “MagnifKO” Diaz in the main event of ONE: KINGDOM OF HEROES. It will mark the first time a boxing match has headlined a ONE Championship show.

Also, ONE Super Series Atomweight Kickboxing champion Kai Ting Chuang will defend her title against Thailand’s own Stamp Fairtex. It should be a memorable night of action in Bangkok, but it won’t be the first noteworthy event ONE Championship has brought to the Impact Arena. The first ONE Championship event at the venue took place just two years ago, but it hasn’t taken a long time for the promotion and the city of Bangkok to create magic.

This card featured a number of notable martial artists. Christian Lee, the brother of ONE Atomweight champion Angela Lee ran his professional record to 5-0 with a first-round stoppage win over Rocky Batolbatol.

Thailand’s Shannon Wiratchai submitted Kyal Linn Aung in the first round, and Timofey Nastyukhin set a promotional record for the fastest finish with a six-second stoppage of Rob Lisita.

There were two title bouts on the card as well. In the first, the reigning ONE Featherweight World Champion at the time, Marat Gafurov successfully defended his title by submitting Kazunori Yokota in the second round. In the main event, Yoshitaka Naito spoiled the homecoming for then-bantamweight champion Dejdamrong Sor Amnuaysirichoke. In a grueling battle, Naito came out victorious via fourth-round submission.

Overall, it was a card packed with finishes and action.

The promotion’s second trip to Bangkok saw Angela Lee make her first defense of the atomweight title. She put on a show against Jenny Huang and won via third-round TKO. Lee had run her record to 7-0 with the victory. Wiratchai would again prove his home country was a sweet spot for him.

He scored a sensational first-round KO victory over Richard Corminal in the very first round. The win had Wiratchai riding a five-bout win streak.

Unfortunately, things still weren’t going Dejdamrong’s way in his homeland. He dropped a close split decision to Joshua Pacio, and his inability to win in Bangkok as a member of ONE Championship was just beginning.

Christian Lee continued his spectacular run with ONE and in Thailand. This time he’d score a KO win via slam and punches against Kotetsu Boku in the very first round. Without question, the Lee siblings were looking like the best family combination in martial arts, and both seemingly can’t lose in Thailand. 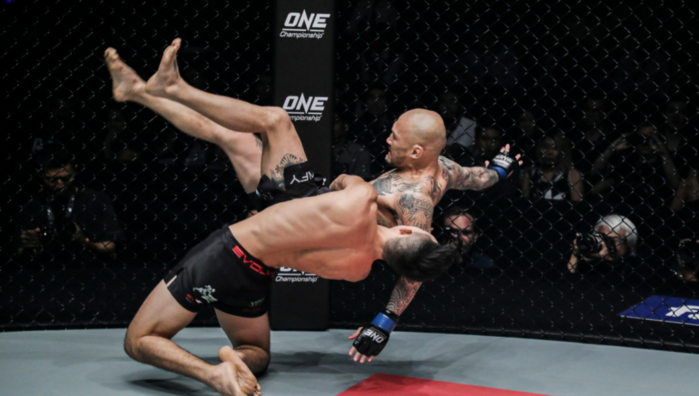 Dejdamrong was at the other end of the spectrum. His struggle to win a ONE Championship bout in Thailand continued. This time the aging martial artist was submitted in the first round by Riku Shibuya. This loss also came in the first round.

Wiratchai’s brilliance at the Impact Arena ran out on this night as well. He’d drop a unanimous decision to Rasul Yakhyaev in the co-main event.

In the featured bout, the dynamic Brazilian Alex Silva captured the ONE Strawweight World Title as he dethroned Japan’s Yoshitaka Naito. However, he’d lose the title in an epic rematch with Naito six months later at ONE: GRIT AND GLORY.

In what might have been ONE Championship’s biggest event at the Impact Arena to date, we saw double champion Martin Nguyen attempt to become a three-division titleholder. Nguyen challenged longtime bantamweight champion Bibiano Fernandes. The two men battled in a close bout, but it was Fernandes emerging victorious and holding on to his title via split decision. Even in defeat, it was an epic attempt by Nguyen to even be in a position to challenge for three world titles in as many weight classes. 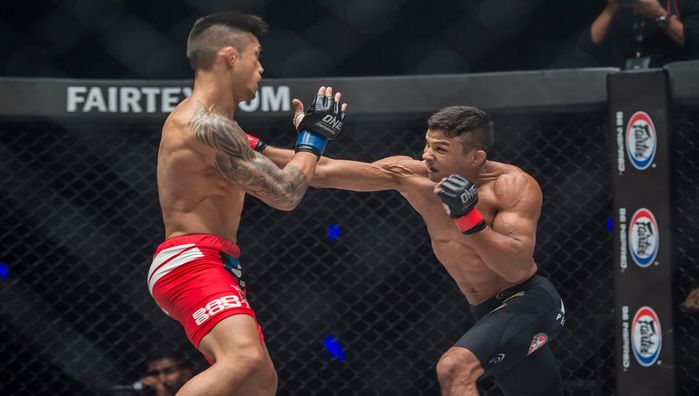 We also saw the ONE Championship debut of world champion Brazilian Jiu-Jitsu superstar Garry Tonon. He easily defeated Richard Corminal via TKO from ground-and-pound. This could be looked back on as the bout that launched Tonon’s complete mixed martial arts career. Also, Wiratchai was back scoring scintillating knockout wins in front of the home crowd. He needed just 21 seconds to stop Rahul Raju.

His countryman Dejdamrong wasn’t as fortunate. He lost his fourth attempt to win in Thailand as he was knocked out in 1:29 by Jeremy Miado. He nor Wiratchai will compete at ONE: KINGDOM OF HEROES as a new batch of Thai martial artists and a fresh assortment of competitions take center stage.