When Kevin Chung returns to the cage for the first time in more than 12 months on Friday night (Friday morning in North America), he will have two things on his mind. Firstly, he wants to stop Japan’s Daichi Takenaka in his tracks. But secondly, Chung wants to be a trailblazer and set the example for Asian-American athletes.

As Chung looks out at the mixed martial arts landscape in Virginia, USA, he does not see too many athletes like him. However, that is something the American-born Korean wants to change with his success in ONE Championship.

When Chung competes at ONE: Destiny of Champions in Kuala Lumpur, Malaysia, he aims to make his people proud and inspire them to achieve great things in the cage, too.

Chung, 25, was born in America after his parents moved from South Korea in pursuit of higher education. Though the family was thousands of miles from their homeland, they made sure their son stayed connected to his Korean roots as a child.

“My parents made me go to a Korean school at church,” Chung said. “We learned how to speak, learned the alphabet, and the culture. At the time, obviously, I didn’t want to go, but I’m happy I did.”

But as he was growing up in Centreville, Virginia, he said his ethnicity caused him some problems.

“I’m an American, but I’m also Korean,” Chung explained. “That caused a lot of conflict when I was growing up – half the fights I got into, or a good amount.” 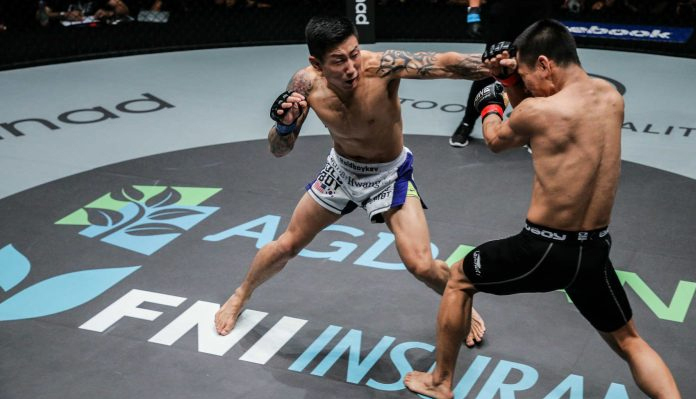 “I can go to a city in America, and I’m just some random Asian dude. I’m not considered an American,” Chung said.

“Or I can go to Korea, and I tell people I was born and grew up in Washington D.C., they may not see me as a true Korean national.”

Kevin Chung found his solace on the mats when he began submission grappling at the age of 15. It was there he finally found a collective of like-minded souls.

“No matter how much money you made, or your race, people came together and worked hard for one common goal,” Chung said. “That was jiu-jitsu. While you’re there, you start listening to other people’s stories. It opens doors for a lot of people. If it doesn’t, you probably did it wrong.”

“There have been plenty of Korean fighters in promotions, but in my area, there aren’t any Asian-American fighters with the exception of Aung La N Sang and myself,” Chung said. “I’m not just talking about the guys that did one or two amateur fights and went back to their regular jobs. I mean guys that make a career out of this.”

Catch Kevin Chung back in action at ONE: Destiny of Champions this Friday.