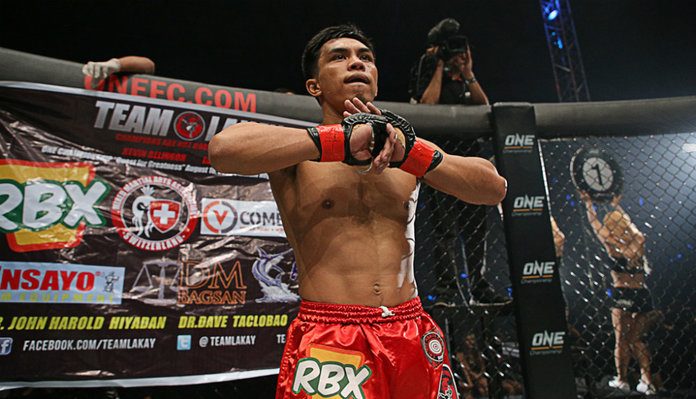 Bibiano Fernandes is no longer the ONE Bantamweight World Champion. After a legendary reign that spanned a whopping seven title defenses, he surrendered his belt to Filipino challenger Kevin Belingon in the ONE: HEART OF THE LION main event. Belingon won the fight by split decision after five incredible rounds of action.

Although the Filipino succumbed to a few of Fernandes’ takedown attempts, he denied many others, and deftly fought off several submission attempts. On the feet, meanwhile, Belingon was the picture of excellence, punishing the long-time champion’s body with spinning kicks, and dropping him with a massive punch at the end of the third round.

With this thrilling outcome, the new champion Kevin Belingon assumes an overall record of 20-5, and extends his win-streak to seven-straight. He has not lost since he first met Fernandes 2016, when he tapped to a first-round kimura. Fernandes, meanwhile, returns to the loss column after an epic, 11-fight win streak. He’s 22-4 overall.

While nothing is official just yet, the razor close nature of this fight would seem to suggest a rematch.

Click here for the full ONE: HEART OF THE LION results, along with highlights of each fight.