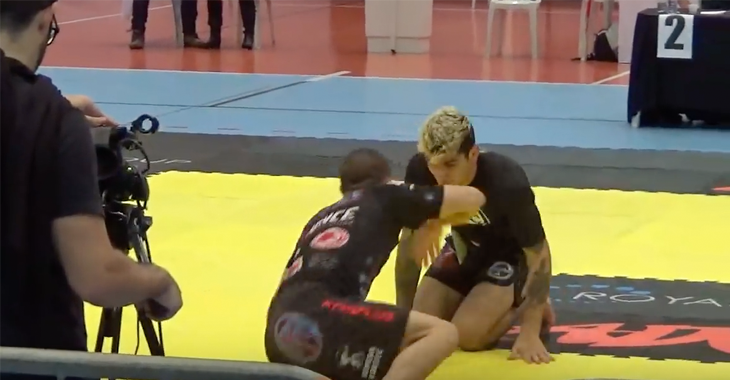 It’s always interesting to see the evolution of fighters that are standouts in specific disciplines and transition to mixed martial arts.

The latest grappling phenom to sign a contract and move on to a career in MMA is New Jersey’s Garry Tonon. Tonon signed a multi-fight exclusive contract with One Championship that was announced via the One Championship website on Monday. “I am thrilled to be able to finally announce my arrival in ONE Championship. It is the natural evolution in my career as a grappler,” Tonon said. “I have achieved all that I have set out to do in the world of jiu-jitsu, and now I am ready to take on a new challenge.”

The 26-year-old has taken multiple IBJJF World and Pan American Championship titles as well as championships in the Eddie Bravo Invitational (EBI) and Metamoris. Tonon competed for ONE Championship earlier this year against Shinya Aoki in a special grappling competition where Tonon submitted the Japanese MMA submission specialist with a heel hook.

“The lion killer” is expected to compete in the welterweight division and the promotion is excited for Tonon’s future with them. “It is with great excitement that I announce the newest addition to ONE Championship’s elite list of global martial arts superstars, American submission grappling legend Garry Tonon,” Chairman and CEO of ONE Championship, Chatri Sityodtong, said in a press release.

“Garry is an amazing individual with a long list of accolades in submission grappling. I have no doubt that his transition to the ONE Championship cage will be a successful one. Fans have a lot to look forward to when Garry finally makes his debut with us.”

“I am excited to begin my ONE Championship career, and proud to showcase my skills on the biggest global stage of competition,” Tonon concluded in his statement.

Garry Tonon’s debut date and opponent have yet to be determined.