Demetrious Johnson reveals he has no plans of competing at 125-pounds again: “I don’t want to make it anymore”

ONE flyweight champion Demetrious Johnson has no interest in competing at 125-pounds again.

‘Mighty Mouse’ is fresh off his fight with Adriano Moraes last weekend at ONE on Amazon Prime 1. The bout was a rematch of their prior matchup in April 2021, where the Brazilian won by knockout. In the rematch, Johnson got his revenge, knocking out Moraes in round four.

With that knockout, the 36-year-old claimed the ONE Championship flyweight title. It was the first time that Johnson had held gold since August 2018, when he lost his UFC championship to Henry Cejudo.

Also with the victory, fans and pundits once again began debating the champion’s place in the flyweight division. That’s in spite of the fact that ONE Championship’s flyweight division takes place at 135-pounds.

For that reason, Demetrious Johnson doesn’t really care about all that talk. In an interview with The MMA Hour with Ariel Helwani, the 36-year-old dismissed any comparisons between himself and names such as Deiveson Figueiredo and Brandon Moreno.

Instead, the former UFC titleholder views himself as a bantamweight, and in the same class as Aljamain Sterling. In the interview, Johnson also dropped the bombshell that he will likely never fight at 125-pounds again. 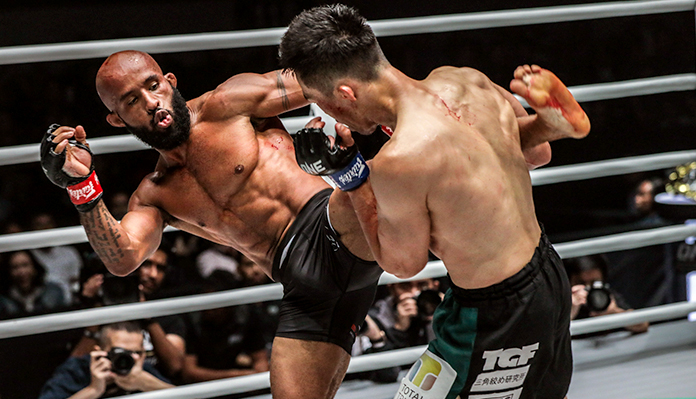 “I truly believe when it comes down to it and everything is said and done and I walk away from this sport, I believe I am one of the best flyweights to ever do mixed-martial-arts. For me, I’ve said this in the past before, I don’t think I can make 125. I know I could, but do I want to do it? Absolutely not. I don’t think it would be healthy for me, I don’t want to jeprodize my kidneys or liver.”

Demetrious Johnson continued, “So, I don’t put myself in that category with [Alexandre] Pantoja, [Deiveson] Figueiredo, [Brandon] Moreno and all those guys. I put myself in the category with [bantamweights like] Aljamain Sterling, Petr Yan, Sean O’Malley, Dominick Cruz… I’m not weighing 125-pounds, I don’t want to make it anymore.”

What do you think about Demetrious Johnson’s comments? Sound off in the comment section below!

This article appeared first on BJPENN.COM
- Advertisement -
Previous articleLi Jingliang hits back at notion that Tony Ferguson is passed his best days ahead of UFC 279: “You should give him respect”
Next articleMichael Bisping still confident Darren Till will be a UFC champion by the time his career is over: “He’s just had a bit of a bad run”