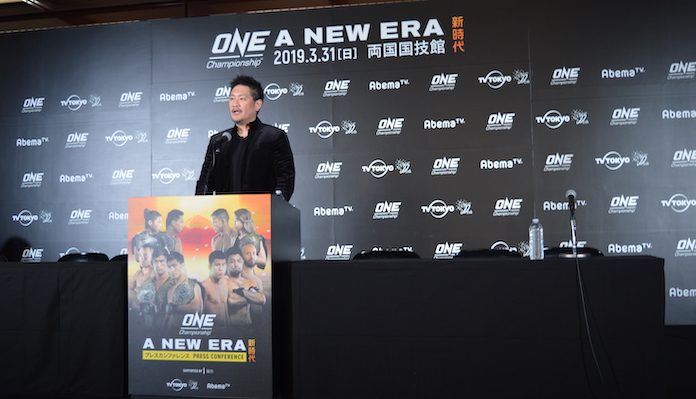 ONE Championship is rapidly expanding across Asia, having already conquered Asian markets like Singapore, Thailand, The Philippines, Indonesia, Myanmar, and most recently, Japan. And from the sounds of it, the promotion will soon expand overseas to the United States of America.

Speaking to Asian Persuasion MMA, ONE Championship Chairman and CEO Chatri Sityodtong reaffirmed that he plans to bring the promotion to the US in the near future.

When discussing potential locations for the first ONE Championship event on US soil, one option that seems to stand out is Hawaii. The ONE roster includes a number of top Hawaiian fighters such as Angela and Christian Lee and Lowen Tynanes, and other than the recent Bellator shows in Hawaii, the island has been criminally deprived of mainstream MMA action.

Sityodtong certainly sees an event in Hawaii as a possibility.

“I would absolutely love Hawaii,” he said. “We have a lot of Hawaiian superstars such as Angela Lee, Christian Lee, Lowen Tynanes. I think Hawaii would just do huge numbers. It would just be a lot of fun.”

Would you be interested in seeing a ONE Championship event in the United States, perhaps in Hawaii?