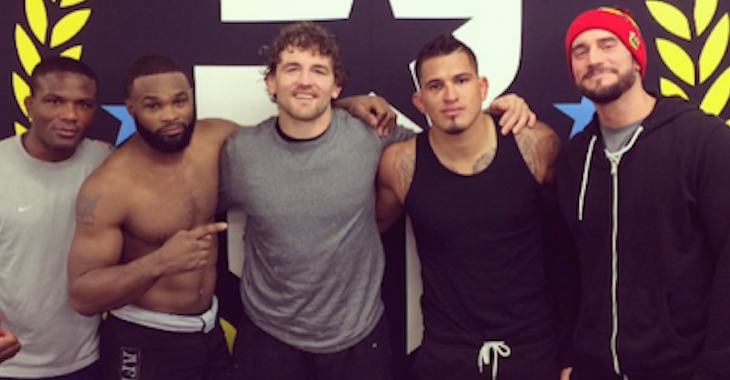 The revolutionary weigh-in procedures being implemented this year by ONE Championship has got a lot of people talking. The promotion’s ban on weight-cutting is looking to make fighting a safer sport, and Victor Cui, CEO of the promotion has made it known that he would like other premier MMA promotions such as the UFC and Bellator to join in the new system. Even UFC color commentator Joe Rogan thinks that it is a step in the right direction.

One Championship welterweight champion Ben Askren who will be moving up to middleweight with the new weigh-in system spoke with MMA Fighting on the new changes.

“If the UFC did that, people would follow course just like they did with USADA testing,” he said. “It might be a little harder, but at the end of the day once fighters do it a couple times and they realize they’re fighting someone their size and they don’t have to do a severe dehydration, they’re gonna like it. It’s safer, it’s healthier. It’s better all around for the fighters.

“The worst 24- to 36-hour period of my whole camp, the part I like the least is the part where I’ve gotta cut 13 to 15 pounds of water weight. And now you’re telling me I don’t have to do that anymore. That’s not a punishment to me. I wasn’t saying, ‘Shoot, I was really looking forward to that.'”

Askren believes that all the promotions will eventually move to a system if not the same as ONE Championship, to something very similar.