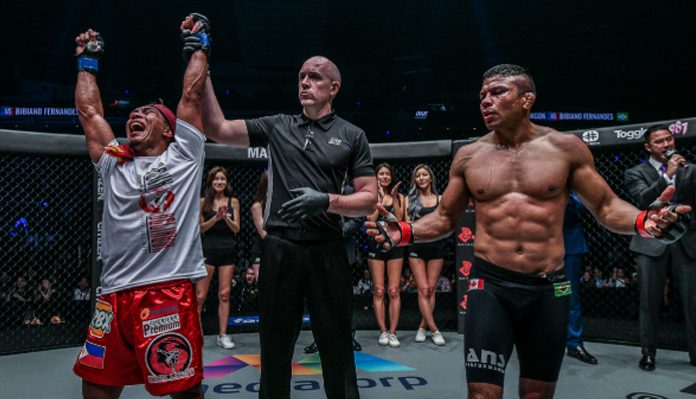 He didn’t go out and party. Nor did he toast his title triumph with a few beers. Instead, new ONE Championship Bantamweight king Kevin Belingon savored the moment with his loved ones.

“I just enjoyed a simple victory lunch with my family,” said Belingon, who dined out on Filipino pinakbet (a meat and vegetable stew) yesterday.

Beating Brazil’s Bibiano Fernandes in a five-round affair at ONE: HEART OF THE LION in Singapore last 9 November, Kevin Belingon touched down in Kiangan in Philippines’ Ifugao province the following Saturday night with a shiny gold belt around his waist.

Still basking in the glory the following day, the 31-year-old took a moment to reflect on his greatest career achievement.

“I dreamt about this and now it’s a reality. I’m very happy to have this belt and I think I really deserved this victory.

“I hope to defend it many times.”

Toppling Fernandes – the previously undisputed bantamweight champion – via split decision in the unification title bout, Belingon was unable to convey his true emotions.

“I can’t explain the feeling. Bibiano is a tough fighter and I was the first one to beat him in his career at ONE, so the feeling was great,” Belingon said.

Fernandes was visibly disappointed to drop a narrow decision, but Belingon believed the result was never in doubt.

“I was very confident at the time that I was going to get the victory,” Belingon said.

“I knew that I had more points than him, but I was 100 percent confident that I was going to get that victory, even though it was split.

“So when they announced my name, I was very happy.” 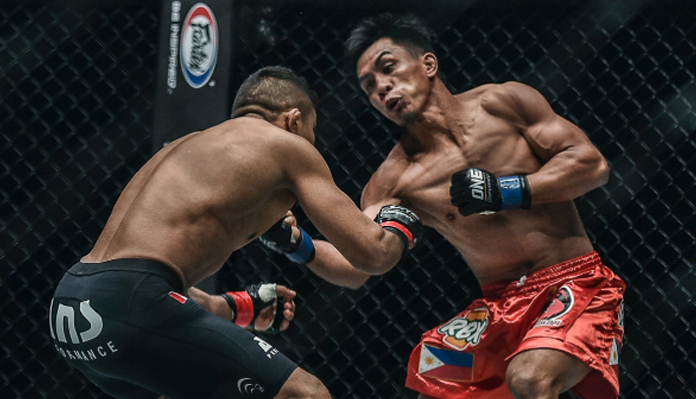 As for what’s next, Kevin Belingon has revealed he will take a short break before defending his crown.

“I want to enjoy my victory first,” he said. “I’ll take a break, get back with the team and go again.

“For me, I just want to compete and if I feel good, I’ll take the fight.”

Kevin Belingon, who first lost to Fernandes back in 2016, has not ruled out a rubber match with the former champion.

“Maybe, I’m not sure,” Belingon said of a possible trilogy. “If they give me Bibiano or other names, I’ll take the fight. I am ready.

“There’s a lot of names in the division, so it could be anyone. I’ll just wait for ONE Championship to announce that.

“I will fight anyone who deserves it.”