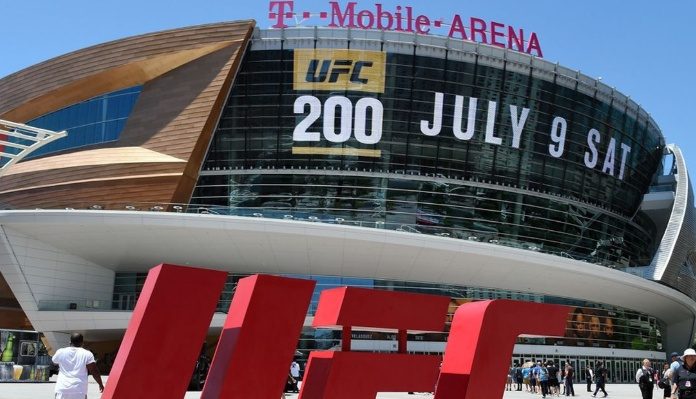 Better late than never. Fights taking place in the state of Nevada will now be contested under the new unified rules of MMA.

According to MMAFighting, the Nevada State Athletic Commission (NSAC) approved the adoption of the new rules this past month.

Nevada, obviously thanks to Las Vegas, has always been one of the most popular MMA states and gets visited several times a year by the UFC, generally for their biggest events. Which is what made it so puzzling that the state waited so long to finally catch up with the times after the new rules were introduced at the start of 2017.

The primary difference between the old and new rules effectively comes down to dominance, damage, and impact caused in fights. Along with some technical things as well.

Meaning that grappling, in a way, is scored much less than it was with the old rules which is why some have labeled the new rules as “more fan friendly”. Specifically, this refers to when it comes to just holding on or not doing anything with a position, which will not count heavily on the scorecards or result in a stalemate because of that. Another example would be if a fighter hits a takedown on their opponent but the opponent gets back up right away thus negating the effect of the takedown. That takedown will not score points whereas it still would have with the old rules.

As for technical aspects of the new rules, pointing fingers out towards an opponent’s face is a foul in the hopes to prevent eye pokes from occurring. 10-8 rounds are also to be given out more leniently in the cases of a clear round in favor of a fighter. The use of instant replay is also in effect under the new rules but once used, the fight is then over.

Another more technical piece in the new rules pertains to that of a grounded opponent which states that the fighter must have both of their hands down on the ground, whether it be palms or fists, for them to be considered grounded (unless a knee or anything other than the soles of the feet are down as well). Kick or knee strikes to the head of a grounded fighter, therefore, is illegal.

However, the NSAC will not be adopting this part of the new rules and will stick with the old definition for a grounded fighter which means anything but the soles of the feet being on the mat made someone a grounded fighter. For example, this means that a fighter can put a single hand or finger down to the mat and be considered grounded.

So in the end, it’s nice to have the NSAC updating their rules…but it would be even nicer if they just went 100 percent with it instead of now creating essentially three different MMA rule types. Those three now being the old, the new, and this hybrid of sorts in Nevada.

Something that NSAC executive Bob Bennett even agreed probably isn’t the best thing for the fighters as it just creates more confusion.