Khamzat Chimaev’s coach details weight cut, apologizes to Nate Diaz for massive miss: “We should have both made weight, and there are no excuses”

‘The Wolf’ is fresh off his fight with Kevin Holland at UFC 279 on Saturday. Chimaev secured a dominant submission in the first round of their five-round co-main event. However, the Chechen was never supposed to fight ‘Trailblazer’ last weekend.

The 28-year-old was originally set to face Nate Diaz in the main event. The bout was supposed to be Chimaev’s first headlining role. To top it off, he would be the final fight of the Stockton native’s UFC career.

Well, that’s how the fight was supposed to go. At the UFC 279 weigh-ins, Khamzat Chimaev missed weight by 7.5-pounds, killing his showdown with Diaz. The fan-favorite went on to defeat Tony Ferguson in the makeshift main event.

Following the weight miss, Dana White stated that doctors ordered the Chechen to stop cutting weight. Now, Chimaev’s coach, Andreas Michael, has shed light on the cut itself. On The MMA Hour with Ariel Helwani, the trainer revealed that he ordered the end to the weight cut.

Beyond that, the coach took responsibility for the failed cut. Michael also apologized to Nate Diaz and his team for the massive weight miss. 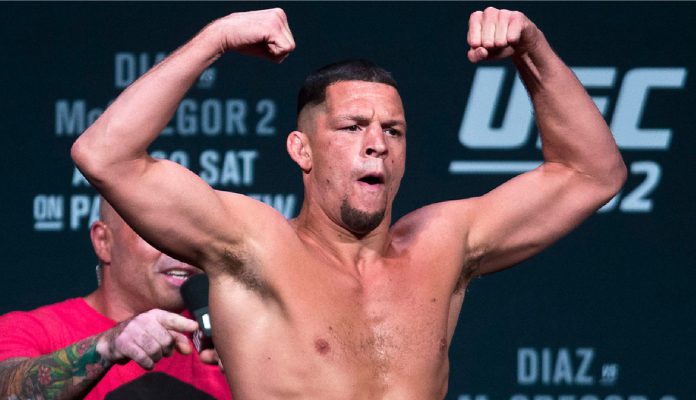 “We started this camp heavy. That’s what the problem was as well. We got an offer to fight Nate Diaz, and it was earlier than this in August. It was too soon because he was heavy. Then they moved it 10 days up, and I believe we just started too heavy this camp. We should have had a little more discipline and held our weight to a reasonable level, to a reasonable weight close to the one that he’s training at and going into camp. That’s basically about it.” (h/t MMAFighting)

He continued, “We can find a lot of reasons and excuses and all this. At the end of the day — I’m not slagging off Khamzat, he’s a magnificent fighter and I love him to death — but what I’m saying is that it was absolutely unprofessional from our side not to make weight. Anyone who doesn’t make weight is unprofessional, absolutely. I want to [apologize] to Nate’s camp for that. We should have both made weight, and there are no excuses.”

What do you think about Khamzat Chimaev’s weight cut? Sound off in the comment section below!

This article appeared first on BJPENN.COM
Previous articleCris Cyborg reveals retirement plans, wants to finish career within three years: “I want to have the best fights that my fans to see during that time”
Next articleNevada State Athletic Commission to investigate UFC 279 press conference incident for possible discipline
© Newspaper WordPress Theme by TagDiv