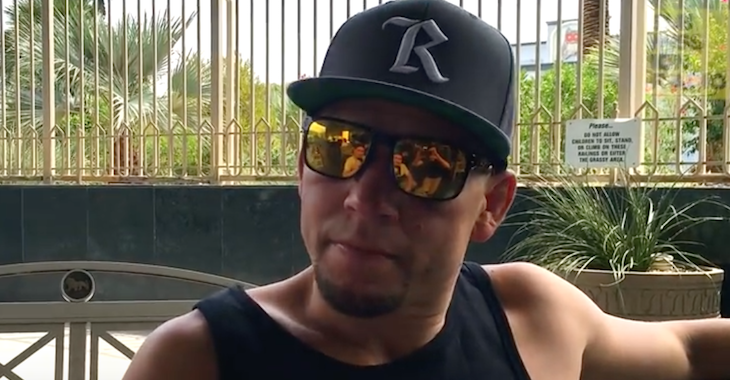 2016 was a big year for MMA veteran Nate Diaz as he defeated Conor McGregor at UFC 196 on just two weeks notice. Following the incredible win over McGregor, Diaz once again stepped into the Octagon with the Irish superstar at UFC 202 in August, where the pair fought to a majority decision. Ultimately, McGregor was awarded the win, however the fight was an extremely close one, with many praising Diaz for the fight.

Since then, there has been no word as to when Diaz will return to Octagon. Recently however with talks of an interim lightweight title fight heating up, Diaz’ name was thrown in the mix as someone who could compete for the interim lightweight title. Diaz responded to the reports by stating that he wouldn’t be answering calls from the UFC for anything less than $20 million.

During a recent episode of The Joe Rogan Experience, UFC commentator Joe Rogan broke down why that request is hard to justify, saying:

“Here’s the thing, if Nate had a legit fight with someone other than Conor that was exciting. The problem is there’s no one else in the division that’s got that kind of marquee value. I think Nate is a fucking huge dog, especially now. After he beat Conor he was one of the biggest stars outside of that upper echelon pay-per-view level, but he’s not a world title holder right now.” So far no word as to when Diaz will be returning to the Octagon. Stay tuned for updates as they become available!