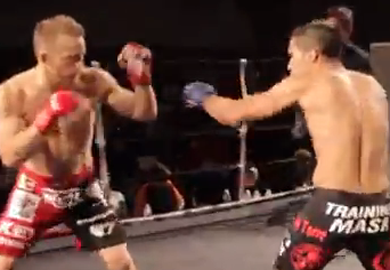 With a near sold out crowd, the mixed Muay Thai/MMA card delivered fireworks, including the main event between James Terry vs. Mike De La Torre which is featured above.