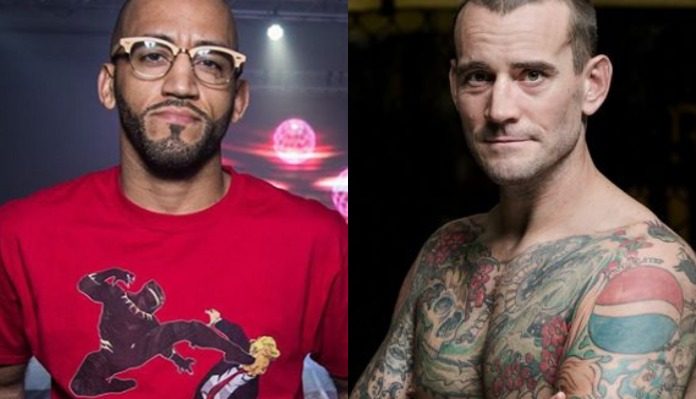 Mike Jackson is getting his second UFC fight in enemy territory against a guy who has quite the following, and that’s why this fight has become what it is. When Jackson takes on Phil Brooks, better known as CM Punk, he’ll do so at the United Center in Chicago, Punk’s hometown.

However, if you’re willing to take a step back and remove the former WWE superstar’s name from the fight, Jackson says you would see why he’s so fired up and confident headed into this one.

“If you have fighter a and fighter b and you look at their skills, it’s self-explanatory.” Jackson told BJPenn.com, “i know a lot of people are caught up in the cm punk hype and i get it, that’s why we’re here. take that [cm punk hype] away, and people aren’t willing to do that, so that’s why i’m going to have to show them that’s what they should have done.”

With so much fanfare behind him, Jackson understands what to expect come Saturday night. He knows that there will be boos, he knows that wrestling fans in attendance will get fully behind Punk, and it’s because of all of that, the hype of CM Punk won’t get to Jackson.

“there are going to be a lot of boos from the wrestling fans, and i’m just going to have to feed off that. that’s why i’ve been calling him phil the whole time, i can’t get caught up in the cm punk hype.”

The fight is one that has gotten a lot of attention because of who Punk is in the sports entertainment world, but outside of a comment made in the past, Jackson said there’s no real beef between the two.

“there’s no beef with him. my issue with him in the beginning was he talked out of line. he was talking spicy when he referred to me as a can. you’ve had no combat sports experience, how can you call me a can?”

Now that the fight is here, Jackson is done talking. He wants to make it known that this isn’t going to be his last fight, no matter where he has to go

“I don’t fight cause i have to fight. i fight because i love the sport and i love the competition. if something else arises im all for it, whether it be in the ufc or zuffa boxing, whatever it may be. i’m going out there to make a statement. i’m going to show the fans that there’s more to mike jackson than that loss to mickey gall.”

As for what to expect against Punk, Mike Jackson made it easy for everyone’s expectations for the fight.

The time is here, CM Punk will make his second walk to the UFC Octagon and he’ll take on a guy in Mike Jackson who is looking to show that he’s not just some random guy fighting one of the biggest known stars in sports entertainment. Jackson is all about being a fighter, and he plans to bring the fight to Phil Brooks at UFC 225.