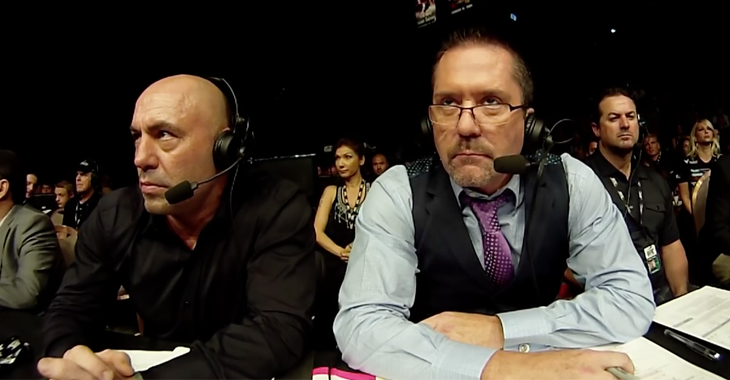 Late last year, long-time UFC play-by-play man Mike Goldberg was released by the promotion with little in the way of sendoff or fanfare. He simply called UFC 207, put down his commentator’s headset, and that was that. His long run with the promotion was over.

After months of rumors, we learned yesterday that the beloved commentator had found a new home. Goldberg has signed a deal with Bellator MMA – the sport’s second biggest promotion. He will debut behind the Bellator commentary desk during Bellator 180 and Bellator NYC, which compose arguably the biggest event the promotion has ever hosted.

“Bellator has signed longstanding MMA commentators Mike Goldberg and Mauro Ranallo to multi-event broadcast agreements beginning with Bellator NYC: Sonnen vs. Silva and Bellator 180: Davis vs. Bader on Saturday, June 24,” Bellator MMA said in a press release. “The move sees Goldberg return to SPIKE for the first time since 2011, while Ranallo reunites with Bellator President Scott Coker, having worked together through 2013. The pair will join a broadcast team that currently includes Jimmy Smith, Jenn Brown and Chael Sonnen.”

Since Goldberg left the UFC fold, his long-time UFC broadcast partner Joe Rogan has made no secret of the fact that he misses him.

“I still miss Mike Goldberg,” Rogan said in an April post to Instagram. “Goldie will have a special place in my heart forever. We shared some amazing moments. I may or may not be drunk on a plane right now feeling sentimental.”

Now, Rogan has reacted to news of his former partner’s move to Bellator, and from the sounds of it, he couldn’t be happier for him. See Rogan’s reaction to Goldberg’s move, which he posted to Instagram, below:

Congratulations to my great friend and longtime partner @goldieontv! I miss working with you, brother! I’m sure you’re going to love working at @bellatormma

“Congratulations to my great friend and longtime partner [Mike Goldberg],” Rogan said. “I miss working with you, brother! I’m sure you’re going to love working at [Bellator].”

How do you think Mike Goldberg will do as a commentator for Bellator MMA?