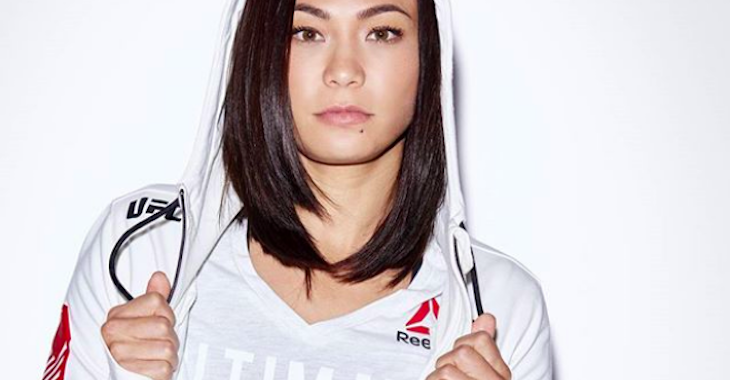 Former Invicta atomweight champion Michelle Waterson started the year 2017 as one of the hottest contenders in the UFC strawweight division. Regrettably, the year did not unfurl the way she planned.

First, she came up short to new champion Rose Namajunas, succumbing to a second-round rear-naked choke after being dropped by a head kick. Next, she lost a decision to Tecia Torres, closing out the year with a tough 0-2 mark in the Octagon.

Needless to say, Waterson is keen for the opportunity to bounce back from this skid, and she has two opponents in mind to this end. She shared these names in a conversation with MMAJunkie during last weekend’s UFC 219 festivities.

One of her preferences was the victor of Carla Esparza and Cynthia Calvillo’s main card fight, which Esparza won with a close decision.

“I’m really looking forward to watching the bout tonight between Carla [Esparza] and Cynthia [Calvillo at UFC 219],” Waterson said the day of the fights in Las Vegas. “I think either one of those girls would be a fun match for me.”

Another opponent Waterson would be interested in is fellow veteran Felice Herrig, who has recently enjoyed a major resurgence.

“Also, I know Felice [Herrig] has been on a four-fight win streak,” she said. “She and I kind of grew up in the sport together; I think that would be an entertaining fight. But at this point, I just want to get in the win column, so we’ll see who they give me.”

Finally, Waterson addressed worries that she is too small for the UFC’s 115-pound strawweight division, and that she’s better suited for the 105-pound atomweight division, which the UFC doesn’t promote.

“I worry less about cutting weight and more about training, and I think that’s more important,” she said. “I’d rather take that advantage. But never say never. If [the atomweight division] opens and it’s a good opportunity for me, then we’ll see where it takes me.”

Who do you want to see Michelle Waterson fight next?