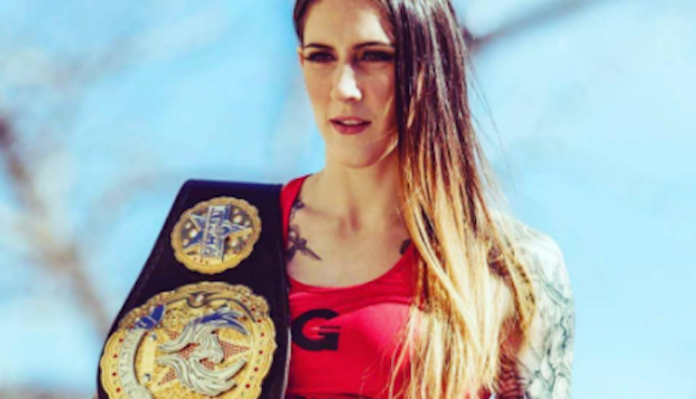 The former Invicta FC featherweight champion has been one of the brightest prospects at 145 pounds for the last three years. Since her title victory her last time out, she has established herself as one of the division’s best.

Although she is already ranked by most as a top 3 featherweight fighter worldwide, Anderson still gets critiqued for being too inexperienced. Something that she believes is now just proven to be a myth as she told Submission Radio.

“I definitely want to address the whole, ‘oh she’s not experienced enough’ bullshit. I’m like, ‘if experience won fights I wouldn’t be on a four-fight winning streak right now’. So clearly, like, can we stop using that phrase? Because it doesn’t really mean shit anymore.”

Anderson has been fighting professionally for five years now and with an 8-2 record will make her UFC debut next Saturday at UFC 225 in Chicago, Illinois. While waiting for the inevitable news of her first fight, everyone assumed that there were only two real options for the Glory MMA product. Those options being either the current 145-pound champ, Cris Cyborg or the former 135-pound champion, Holly Holm. The UFC went with the latter.

In Holm’s last fight, she fought and lost a unanimous decision to Cyborg and despite being a career bantamweight and 0-2 at featherweight, she will be attempting to find success once more.

The UFC recently announced that after initially being a fight on the prelims, Holm vs Anderson would be promoted to the main card. A move that Cyborg believed was tactical by the UFC to set up a rematch between her and Holm. Anderson however, isn’t even thinking about that.

“I don’t really care what Cris says or Holly says or what this person says, because at the end of the day it’s just Holly and I in that cage, no one else. And all I can control is me and my performance on June 9th, and the rest is all speculation. The rest is all, ‘what if this person wins, what if that person wins’. That all doesn’t matter until the result of June 9th happens.

So, Cris can say whatever she wants. You know, A: she’s fought Holly before. She’s fought her and she’s beat her, she knows she can beat her again. I’m unfamiliar territory for Cris. She hasn’t fought me, I’m young and up and coming, I’m improving with every fight, I’m getting better, I’m coming into my prime, I’m a big threat to her, so of course she’s going to say she thinks that the UFC is trying to set up a Holly rematch. I’ve been underestimated and the least experienced in every single one of my fights, so what’s new? If experience won fights then I’d be on a losing streak, but I’m not *laughs*.”

This fight will be Anderson’s first since January 2017 when she defeated Charmaine Tweet by second-round knockout to become the interim Invicta FC featherweight champion. Anderson was later promoted to the undisputed champion after Cyborg was brought up to the UFC.