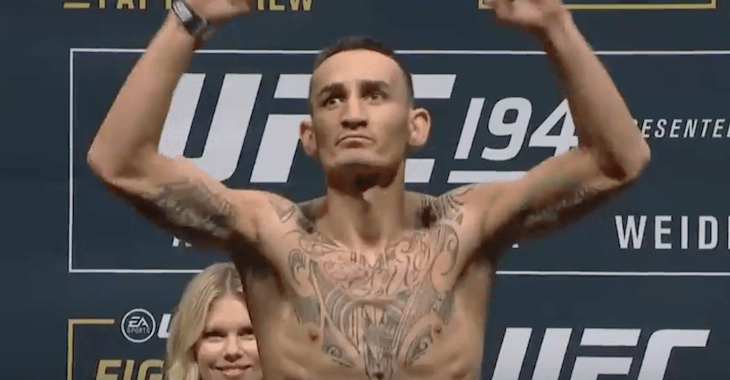 After it was announced that Conor McGregor would be defending his UFC featherweight championship at UFC 200, there was much speculation as to whether or not he would defend his championship against Jose Aldo or Frankie Edgar.

With everyone talking about a potential McGregor vs. Aldo and McGregor vs. Edgar fight, many are forgetting about top ranked featherweight Max Holloway.

Holloway hasn’t fought since his UFC 194 decision win over Jeremy Stephens back in December. The win made it 8 straight for Holloway, who currently holds the longest active win streak in the featherweight division. He took to Twitter to campaign for a fight against any of the 3 featherweights everyone is talking about.