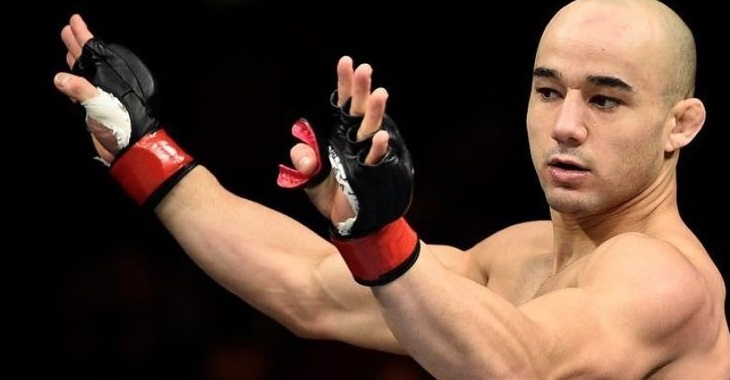 UFC Fight Night 123 in Fresno was the last California event hosted by the UFC. It featured top Featherweights Cub Swanson and Brian Ortega going at it in the main event. Along with those two, we got a quick turn around from Marlon Moraes who filled in against Aljamain Sterling and only needed just over a minute to put away the Serra-Longo product with a devastating knee.

According to MMA Fighting, Moraes was flagged by California State Athletic Commission doctors after the fight day weigh where he came in well over the commission regulations that state to be within ten percent of the contracted weight(135 lbs for Moraes). But Moraes wasn’t the only one flagged from UFC Fresno. Two of the three other fighters who were notified about being wanted to move up a division were also Bantamweights in Luke Sanders and Iuri Alcantara(who both lost). The other being Lightweight, Davi Ramos who defeated Chris Gruetzmacher.

Moraes was recently trying to fill in for the injured John Lineker at UFC 219 to take on Jimmie Rivera. After multiple attempts to settle on a weight that went as high as the Featherweight limit of 145 lbs, neither could come to an agreement. Depending on whether or not this CSAC notification has any effect on Moraes’ Bantamweight future, it’s safe to assume that the UFC will still try and set this fight up if they don’t make him go up to Featherweight.

The Brazilian, Moraes was a dominant force in the late World Series of Fighting and was arguably their best fighter as he reigned as champion with five straight title defenses(four of which ended with a finish). Moraes is now 2-1 in the UFC with a split decision loss to top 5 Bantamweight, Raphael Assuncao and a win over Aljamain Sterling and former two time Flyweight title challenger and Ultimate Fighter season 14 winner, John Dodson.

Should Moraes move up to Featherweight?