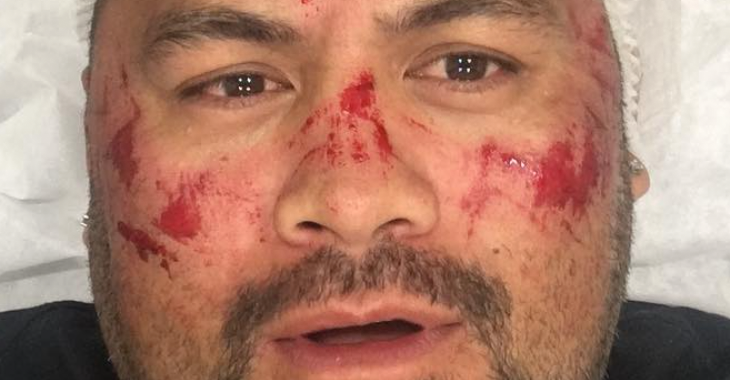 We have not seen UFC heavyweight Mark Hunt compete in the Octagon since his UFC 200 competition against Brock Lesnar back in July where Lesnar became the first fighter in the UFC to receive a shortened window of USADA testing from the UFC.

Following their fight where Lesnar was given a “one-off” opportunity from the WWE to compete in the UFC again, the “Beast Incarnate” tested positive for banned substances.

Hunt has voiced his disgust with Lesnar and demanded that stiff penalties be imposed on the WWE star. Hunt demanded that he receive 100 percent of Lesnar’s fight $2.5 million fight purse. No resolution has been made between Hunt and the UFC since.

Hunt said in a Facebook post following the news of Lesnar’s positive test, “Well I wanted half but have changed my mind cheaters shouldn’t get shit I want all of it cheaters don’t deserve shit #cheatersdeservenada”

Hunt has also made it clear how unhappy he is with the UFC for not disciplining Lesnar. Although Hunt has not been battling in the Octagon, that definitely has not stopped the heavyweight from getting into some sort of action.

We’re not totally sure what caused Hunt to get banged up on his face, but the walk-off knockout king has been seen riding motorcycles and skateboards recently and at the end of the day, the guy is still a fighter.