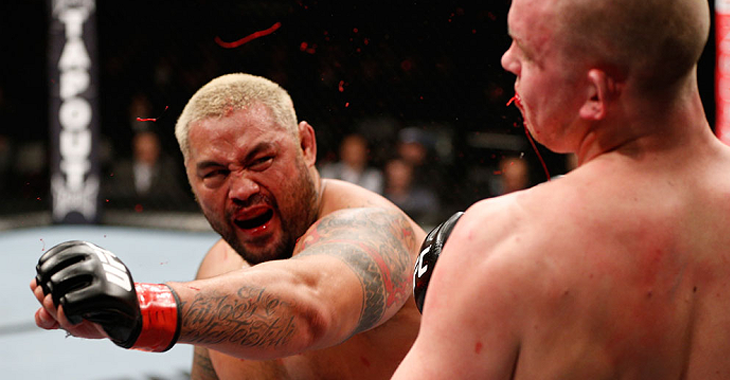 Having been cleared to fight again by doctors, and given the ‘OK’ by the UFC, long-time heavyweight contender Mark Hunt is now getting ready for his next challenge. While the opponent for his next bout is not yet known, he has a threatening message for one nameless heavyweight who has apparently called him out. He’s also got plenty to say about former champion Fabricio Werdum, who apparently turned down a fight with him.

“You have called me out, and now I’m going to give it to you right in that big mouth of yours,” Hunt said in a social media post. “I’m going to wrap this gift up nice and tight for you boii so you never compete again at this level. The only good thing I can say about you is you are not a spineless coward mutt like ‘Werbum’. There isn’t anything worse for me than someone who is scared to fight like ‘Werbum.'”

While this post doesn’t name any heavyweight in particular, it’s clear that Mark Hunt has been called out, and that he’s accepted the challenge, which means we can probably expect fight news in the coming days. Oh, and it’s also very clear that his opinion of Fabricio Werdum has soured.

Who do you think Mark Hunt’s next opponent will be?