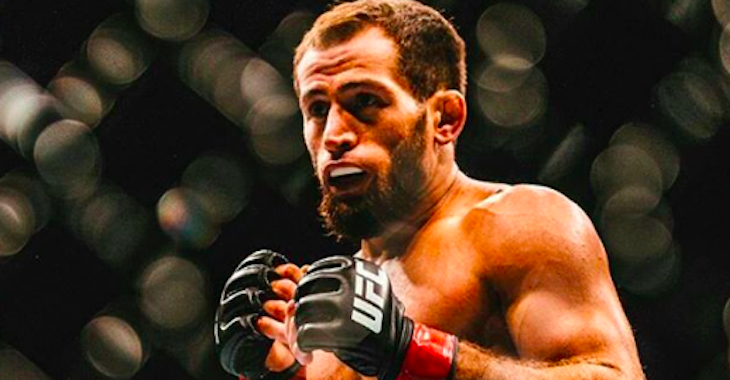 Russian lightweight contender Mairbek Taisumov is having a hard time finding an opponent. Of course, that’s not really a surprise, given that he’s knocked his last five opponents out cold.

Though Taisumov is having a hard time finding a willing dance partner, that’s not for lack of trying. Over the last few weeks, the surging knockout artist has been campaigning for a fight with Donald “Cowboy” Cerrone, who has teased a return to the lightweight division after an exciting stint at welterweight.

More recently, Taisumov even assured he’d even fight Cowboy at welterweight, if the American is having second thoughts about enduring the cut to lightweight. That said, he doesn’t expect this fight to happen, and doesn’t seem to think particularly highly of Cowboy as a result.

“Oh, Cowboy is a bum,” Taisumov recently told Denis Geyko of RT.com. “He’s not going to fight me. It’s also a bad time for him. After three years he’s going to come [back] to the lightweight division. I want to welcome him in the lightweight division. But he said ‘no,’ so I know it’s a bad time for him. He has to make weight. I’m ready to go in 170 [pounds] with him. But he’s not going to fight me. It’s difficult for him because he got knocked down in the last fight. So I just hope they’re going to find me some top opponent very soon.”

Cowboy, meanwhile, is 32-10 overall, and is currently enduring a tough three-fight skid, having sandwiched a decision loss to Robbie Lawler between knockout losses to Jorge Masvidal and Darren Till.

Do you want to see Mairbek Taisumov and Donald Cerrone fight?