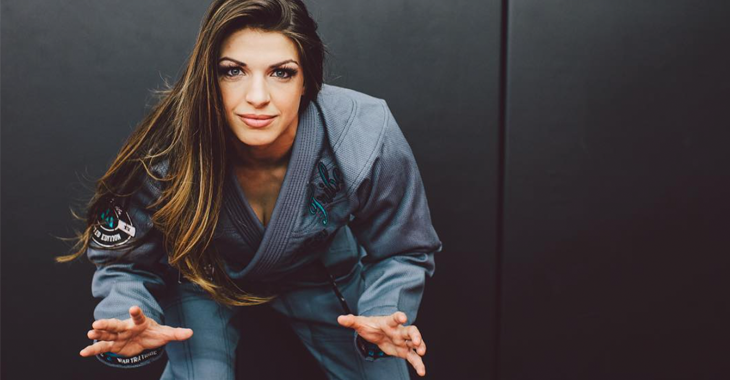 Mackenzie Dern improved her mixed martial arts record to a perfect 4-0 at Friday night’s LFA 24 event, scoring a first-round submission victory over Mandy Polk. After unfortunately missing weight in her last two bouts, a 2016 Submission of the Year contender over TUF 26 competitor Montana Stewart at Legacy FC 61, and a decision defeat of Katherine Roy at LFA 6, Dern seems to have found the perfect home at flyweight.

Dern’s opponent, Mandy Polk, fell to 3-4 with the loss. Polk, who made her MMA debut in 2014, was riding a three-fight streak into her fight with Dern, defeating Briannah Conatser, Anne Malinoff and Ronni Nanney, and most recently lost to Katy Collins.

The former Brazilian jiu-jitsu world champion, Dern, has stated in previous interviews that she plans to make her UFC debut in 2018.

Who would you like to see Dern fight in her first octagon appearance? Sound off PENN Nation!