In the summer of 2016, we learned that former UFC middleweight champion and model Luke Rockhold and pop music superstar Demi Lovato had started dating. Though the two were initially fairly hush-hush about their relationship, they were spotted in public multiple times together – including a few appearances at UFC events – and ultimately went public with their relationship in November.

Unfortunately, it sounds as though the couple has called it quits. This news comes from TMZ, who first broke the news of their relationship back in the summer.

While its unknown how Rockhold is coping with this breakup (we suspect he’ll be ok), it appears as though Lovato is in good spirits. TMZ is reporting that she’s already linked up with a new MMA fighter: 30-year-old Brazilian welterweight Guilherme “Bomba” Vasconcelos. 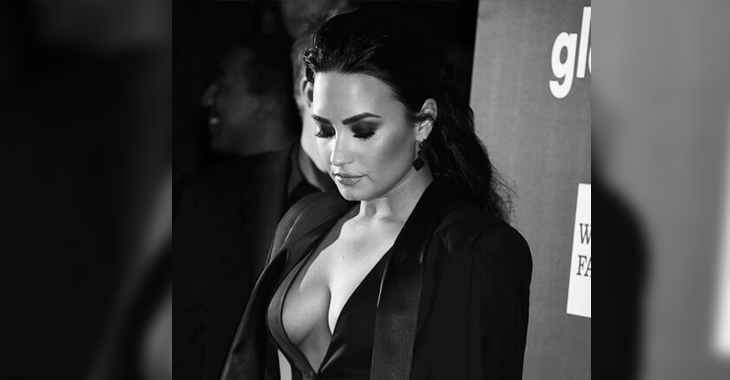 The owner of an 8-3 record, Vasconcelos is currently a member of the Bellator MMA roster. He debuted with the organization at Bellator 157 in June, when he scored a first-round submission over Jordan Dowdy. Over the course of his pro career, Vasconcelos has finished all of his victories by submission or TKO. All three of his losses, meanwhile, have come by way of decision.

We haven’t seen Rockhold in the Octagon since June, when he was knocked out by England’s Michael Bisping in a definite Upset of the Year contender. With this loss, Rockhold surrendered the UFC middleweight title that he won by TKOing Chris Weidman in December of 2015.

The American Kickboxing Academy staple was briefly scheduled for a November showdown with former foe Ronaldo “Jacare” Souza in Australia, but this fight was unfortunately nixed when he was forced out of the bout with an injury. At the moment, he doesn’t have a fight booked, though he’s recently found himself in the crosshairs of fellow Strikeforce veteran Gegard Mousasi.

Are you surprised that Rockhold and Lovato broke up? Sound off, PENN Nation!