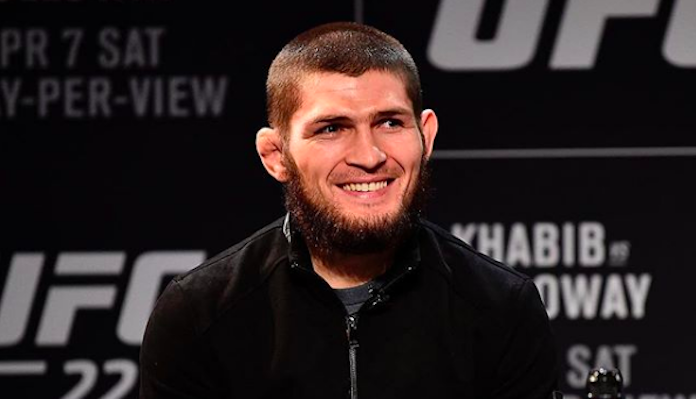 Having defended the UFC lightweight title with a fourth-round submission of Conor McGregor at UFC 229, the undefeated Khabib Nurmagomedov is now looking ahead to his next challenge.

The primary options for that challenge would seem to be a rematch with McGregor, or fights with Tony Ferguson, Dustin Poirier, Georges St-Pierre, or even new UFC signee Ben Askren.

According to Ali Abdelaziz, who manages Khabib Nurmagomedov, the priority is the most lucrative fight possible.

“Ben Askren, [UFC welterweight champion Tyron] Woodley, none of these guys can touch Khabib,” Abdelaziz said in a recent interview with TMZ Sports (transcript via MMA Fighting). “Especially if they’re scared to get tired and these guys, they get tired. Now, I’m not even worried about Tyron or Ben Askren, I’m worrying about somebody bringing $50 million to $100 million to the table and none of these guys can bring $200,000 to the table.”

Conor McGregor, who is far and away the highest-paid fighter in MMA history, is rumored to have made north of $50 million for his losing effort to Nurmagomedov at UFC 229. Now that Khabib Nurmagomedov has beaten McGregor, Abdelaziz believes he has become an even bigger star than the Irishman. His recent meetings with world leaders and other dignitaries are all the proof of that the manager needs.

“Listen, the guy we just fought said he made $50 million,” Abdelaziz said. “I think, as a global superstar, Khabib bypass him. You have a guy meeting with Putin and Erdoğan and the other guy selling liquor on the corner store. It’s not even in the f**king same planet. Good for him. Whatever. It’s none of our business, he do what he does. We try to go to Africa, we try to do different things. It’s not even close.”

Whatever the case, Abdelaziz reiterated that, at this stage, Khabib Nurmagomedov doesn’t care about the perceived number-one contender in the lightweight division. His priority is making money, and hopefully, touching a few lives in the process.

“We’re gonna give $1 million to get wells and help with schools,” Abdelaziz explained. “He’s gonna go to Africa probably end of this year, beginning of next year, and this is the most important thing. Khabib wants to touch lives. “Khabib can retire now. He’s rich. . . But if somebody’s gonna put big paycheck on the table and we can get it done, I don’t care about number one contender, number ten contender. Khabib was number one contender for five years! Conor jumped him, Eddie jumped him, a lot of people jumped him. Right now, it’s about the paycheck.”

Do you think Khabib Nurmagomedov can earn the kind of payday Ali Abdelaziz is chasing?