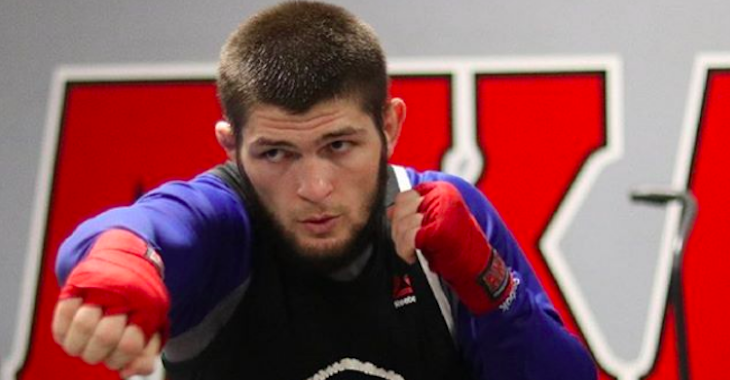 After his UFC 219 destruction of the always dangerous Edson Barboza, Dagestan’s Khabib Nurmagomedov is once again one of the most talked about fighters in the UFC. Undefeated at 25-0, the destructive grappling specialist is now the undeniable, irrefutable number one contender at lightweight. The big question simply seems to be whether he battles undisputed UFC lightweight champ Conor McGregor, or interim lightweight champion Tony Ferguson.

Logic, of course, would suggest that if Nurmagomedov gets the next lightweight title shot, it’ll come against Ferguson. If McGregor returns to defend his title, after all, he’d likely have to do it against the interim champion Ferguson. Shortly after his fight with Barboza, Nurmagomedov’s manager assured a fight with Ferguson is indeed the focus.

To be clear I talked to @TeamKhabib . Our main focus is @TonyFergusonXT he deserves the next ass whooping. He earned it. And for the former UFC champion @TheNotoriousMMA he can stay on the boxing side. Bye bye ✋🏽@danawhite

That said, Nurmagomedov and McGregor have also exchanged some real heat on Twitter, demonstrating that they’re definitely interested in fighting each other.

Whatever the case, it seems we’ll have news about Khabib Nurmagomedov’s next fight imminently. On Wednesday morning, the undefeated star took to Instagram to promise “big news coming soon.”

Who do you think Khabib Nurmagomedov will fight next?