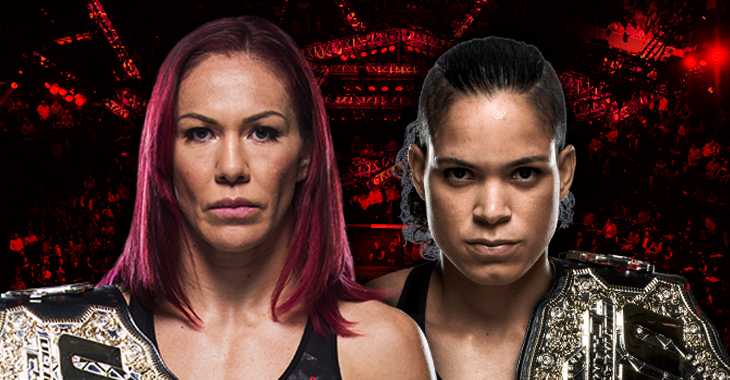 Ever since UFC women’s featherweight champion Cris Cyborg thwarted challenger Holly Holm at UFC 219, UFC women’s bantamweight champ Amanda Nunes has been eager to fight her. UFC President Dana White also seems to be on board with this plan. And while there are still some major hurdles to clear before this fight is made, Nunes’ head coach at American Top Team, Conan Silveira, is very confident it’ll happen.

“People want to see it,” Silveira told MMAjunkie. “I think they have the best opportunity to leave their marks on history.”

“I believe for the [featherweight] division, Amanda is going to be extremely well-prepared,” he continued. “She’s not going to have to make the weight. She’s probably going to be strong in that division. I do believe the compensation (for) the strength that comes from Cyborg definitely will be the tools that Amanda has on her side. I think it’s the perfect fight. It’s a perfect match. It’s a champions fight – it’s something we don’t see happen often.”

“I think it’s not 100 percent, but 1,000 percent going to happen… I think it’s something everybody wants to see, even the ones that think they’re going to lose something. I just think it’s a champions fight. I think they need to have that fight. It’s a big push for MMA in general, females and males. People want to see it. I think they have the best opportunity to leave their marks on history.”

“I believe that when you fight and you get to be a contender, it’s really hard. When you win and you become a champion, it’s even harder than that. But when you have a chance to leave your name in history, I think you have to do it. It’s something that’s good for everybody. If Cyborg was an American Top Team fighter, yeah, it really doesn’t make any sense. But still, I think the chance of what’s going to come from the fight is something only a few people have to do in life.”

Do you share Conan Silveira’s optimism that Amanda Nunes and Cris Cyborg will fight?