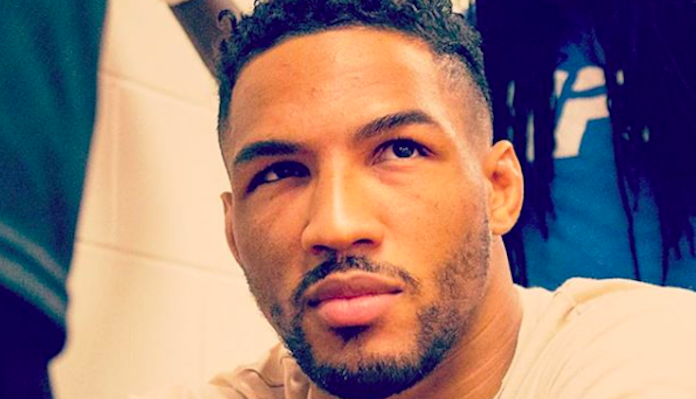 On October 6, in the main event of UFC 229, undefeated UFC lightweight champion Khabib Nurmagomedov will attempt to defend his title opposite former lightweight and featherweight champion Conor McGregor. Kevin Lee, who is one of the top contenders in the division, will be watching this fight very closely.

If Lee is able to win his next fight, which is not yet scheduled, he might just find himself in the cage with the Nurmagomedov vs. McGregor winner some time thereafter. So who does he think that winner will be?

He made his prediction on the latest episode of Submission Radio.

“I think Conor probably sleeps him,” Kevin Lee said. “You know, the more I think about it and the more I get closer to it, Conor’s probably gonna sleep him. Khabib uses the same entrances. He’s a monster on top, I’ll give him that. Not much of a finisher up there. He got to a spot like with Michael Johnson where he’s practically begging Mike, ‘just give up’, like, ‘I don’t know how to finish you, just give up for me’.”

“He’s gotta do that round after round, after round, after round. And someone like Conor, you walk onto that left hand like how Khabib like to do, you know that’s a sleeper right there. So, more and more I’m pushing towards Conor, even though I’m not really liking the match-up for him. So, it’s a good fight.”

Kevin Lee also assured that he will be ready to step in, should either McGregor or Nurmagomedov fail to appear for the UFC 229 main event. Even with Tony Ferguson and Anthony Pettis fighting in the co-main event, he believes its possible his services might be required at the last minute.

“I’m still gonna be staying ready, because now you’ve got four of the top lightweights, and three of those guys are pretty prone to pulling out. So I’m gonna stay sharp, I’m always gonna be training anyway. I’m just gonna keep my weight low and stay ready for any moment, because this is MMA, you never know what’s gonna happen. I match up really well with all those guys and that’s what I’m looking forward to.”

What do you think of Kevin Lee’s prediction for the big Khabib Nurmagomedov vs. Conor McGregor fight at UFC 229?