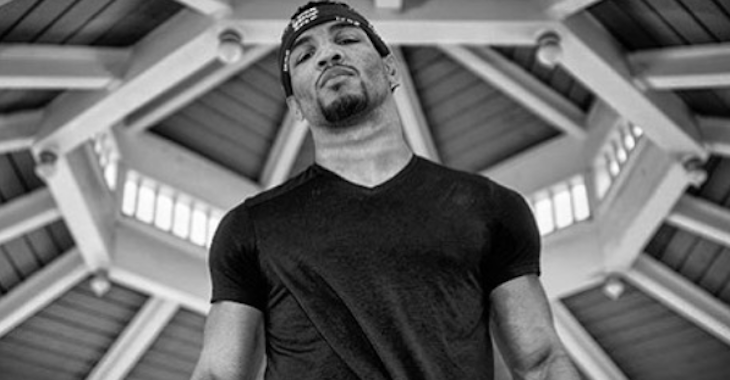 Earlier this month, fan favorite UFC lightweight Nate Diaz drove the MMA community into a crazed frenzy, asserting in a Instagram post that he planned to end his long hiatus, and return to the perilous Octagon this spring.

Sick of sitting around waiting for you fuckers to do shit there’s no excitement in this fight shit step your games up I’ll see u around may,June. Sincerely The Real Champ 🖕🏼

Given that Nate Diaz is one of the biggest names in MMA, this Instagram post immediately created a sort of sweepstakes, as several top lightweights began campaigning for a position as his next opponent. The biggest names to do so were former UFC and Bellator lightweight champ Eddie Alvarez, and recent UFC interim lightweight title challenger Kevin Lee.

Speaking on Monday’s edition of The MMA Hour, Lee explained why he, not Alvarez, should be the man to welcome Diaz back to the cage.

“I see what Eddie’s trying to do, but I think the man’s just got it all wrong,” Lee said. “I think the fans, they don’t want to see who’s the biggest name against the biggest name. It’s who’s the best. So, if we’re going from a sporting perspective, I gotta throw my hat in the ring versus Diaz. I think that’s the fight to make. That’s a fight that I’ve been pushing for. That’s a fight that I’m going to talk my talk and I’m going to keep going. But from every other perspective other than a fun fight, that’s the fight to make.”

“When you look at it, we’ll just call it what it is. Diaz is coming off the loss to McGregor, who’s the champ. I’m coming off the loss to Tony. I mean, it just makes more sense from a sporting perspective to see, am I going to bounce back?” Lee added. “Call it what it is, I got tired versus Tony. Diaz is known for not getting tired. That’s going to answer a lot of those questions, the tiredness, the mental warfare, all of that. It’s going to answer all of the questions.”

“If you’ve got Alvarez in there — the man’s washed up. We all know that. The UFC brass, they know it. Alvarez is never going to be the champion again. He’s never even going to sniff that title again. If they want to make me and Alvarez happen, I’m cool with that too, but I’m just looking at it from a fan perspective and seeing what I would want to see. I want to see the two guys who just challenged for the title, because I’m going to be back in a title shot within the next year. And I think the UFC knows that, I think the fans know that, and I think that’s what makes the most sense.

“They know me, too: Me and Diaz, we’re going to be talking that sh*t, so it’s going to be even funner from that perspective,” Lee added. “But, if I’m speaking for Dana (White), I think he already knows what fight to make. I don’t really have to tell him, he already knows. Even Alvarez is saying it’s saying that it’s Diaz’s [call] and all of this. Like, Diaz really ain’t got no clout. He just got clout just because everybody be dick-eating him. But the man, he don’t fight like that. He don’t fight enough to have enough respect, to have enough clout to really call his shots.”

Do you think a Kevin Lee vs. Nate Diaz fight is the fight to make?