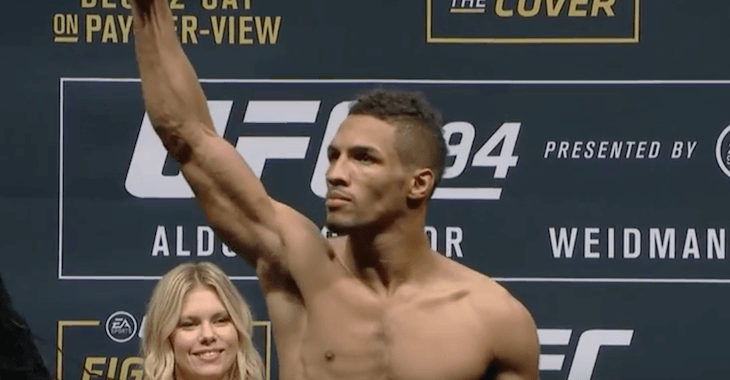 On Monday night, Ariel Helwani reported that the UFC was considering Eddie Alvarez as the next opponent for former World Series of Fighting lightweight champ Justin Gaethje, who made his UFC debut on Friday with a wild, TKO defeat of Michael Johnson. Apparently, Gaethje and Alvarez were also being seriously considered as the coaches for the next season of the Ultimate Fighter. According to another UFC lightweight star in “The Motown Phenom” Kevin Lee, however, Alvarez turned down this coaching gig.

In a Tuesday afternoon Tweet, Lee claimed that he has accepted The Ultimate Fighter coaching job opposite Gaethje, as Alvarez turned the opportunity down.

I’ve been asked to do TUF and accepted in 2 minutes, @Ealvarezfight turned it down. I’m just waiting on the holdup @Justin_Gaethje.

“I’ve been asked to do TUF and accepted in two minutes,” Lee said in his Tweet. “[Eddie Alvarez] turned it down. I’m just waiting on the holdup [Justin Gaethje].”

This, of course, implies that Lee will serve as the next opponent for Gaethje’s already riveting UFC career. They’ll just have to endure each other’s presence for a few months on The Ultimate Fighter first.

Lee will enter this rumored fight having recently burst into the UFC lightweight top-10 with an impressive – though somewhat controversial – submission defeat of Michael Chiesa. He’s 16-2 in sum. Gaethje, meanwhile, improved his record to an incredible 18-0 when he TKO’d Johnson in his UFC debut.

Who do you think wins a lightweight scrap between Kevin Lee and Michael Chiesa?